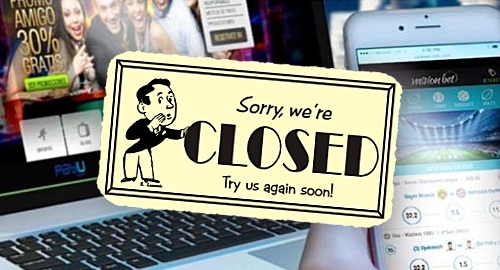 A Buenos Aires prosecutor has shut down an Argentine provincial lottery operator’s online gambling site for allegedly taking bets outside its jurisdictional borders.

In 2015, the Provincial Institute of Lottery and Casinos of the State Society (IPLyC) in the province of Misiones launched Misionbet.com.ar, which offered sports betting, casino and poker products to provincial residents.

This week, the site was shut down on the order of Martin Lapadú, the head of the Complex Cases Investigation Unit of the West Fiscal Unit of Buenos Aires. Lapadú accused Misionbet’s operators of illegally accepting customers from beyond the province’s borders, including from Buenos Aires.

Lapadú ordered banks and payment processors to refrain from handling any transactions with Misionbet until the matter is resolved. An estimated ARS 460m (US $28.6m) in customer deposits has reportedly been frozen via the prosecutor’s order.

The prosecutor was acting on a complaint filed by the country’s Loteria Nacional (LNSE), which claims the exclusive right to offer sports betting to Argentine punters.

IPLyC exec Eduardo Torres told local media that the shutdown was only temporary and that his group had been discussing the matter with LNSE when Lapadú ordered the site’s closure. Torres expressed surprise and annoyance that Lapadú and LNSE had conspired to shut down the website, and threatened to file a retaliatory lawsuit against LNSE if the situation wasn’t resolved quickly.

Torres wondered why Argentine authorities were so eager to act to protect LNSE’s monopoly from domestic competitors, while turning a blind eye to the countless international gambling sites currently catering to Argentine customers. The IPLyC long since withdrew from the national gaming industry body, the Association of Lotteries, Pools and Casinos of Argentina (ALEA), over this perceived inaction.

Torres noted that Amaya Gaming’s PokerStars brand runs commercials on Fox Sports, yet “the prosecutor Lapadú does not see it.” Torres said “billions of pesos leave Buenos Aires” bound for international gambling sites yet prosecutors chose to take action against a provincial lottery site that was taking “20 or 30 bets” from the nation’s capital. “It catches my eye.”

On June 28, the city of Iguazu in Misiones is scheduled to host an online gambling conference, and Torres vowed to invite Lapadú “to explain why he takes these types of measures” while leaving international sites to carry on as normal.