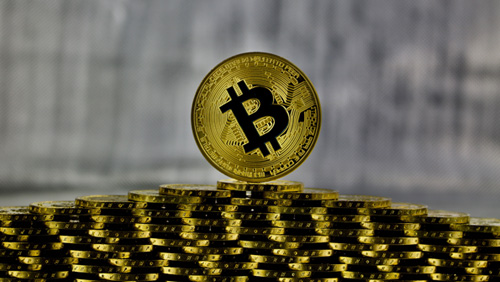 Van Petersen, a global macro strategist for Denmark-based Saxo Bank, predicted in December that the price of the popular digital currency will hit over $2,000 in 2017. Less than six months later, bitcoin powered through the $2,000 barrier and continued its rally towards a new record high of over $2,700.

At the time that Saxo Bank’s “Outrageous Predictions for 2017” was published, bitcoin was trading above $750, which means that Van Petersen’s forecast represented a 165 percent increase. This time, the analyst is back and making another call—a big one for the digital currency.

Van Petersen was quoted by CNBC’s Arjun Kharpal predicting that in 10 years, “bitcoin’s market capitalization would be ten times the average daily volume, giving a figure of $1.75 trillion for the market cap.” By that time, there will be 17 million bitcoin in circulation, which, when divided by the $1.75 trillion market cap estimate, will mean that “each bitcoin would be worth just over $100,000.”

“This is not a fad, cryptocurrencies are here to stay,” said the analyst, noting that his prediction could even be considered a “conservative” one given that bitcoin’s price has been growing steadily in the past couple of years.

Ex-Bitcoin Core’s Gavin Andresen: Network is near a breaking point

Last week, 56 companies signed on to support a plan that will see Bitcoin Core’s Segregated Witness (SegWit) proposal and a 2MB hard fork deployed within six months. The consensus lowered the barrier of SegWit’s activation from the original threshold of 95 percent to 80 percent of the network’s mining power. It also stated that the businesses would agree to activate bitcoin’s block size upgrade to 2MB within six months via a process known as a hard fork.

Does this mean that a compromise has finally been reached? Andresen—one of the original Bitcoin Core developers—is optimistic.

The price of bitcoin is up at $2,248.81 during Wednesday’s mid-morning trading.