Home / Business / New Jersey online gambling up double-digits, no thanks to poker 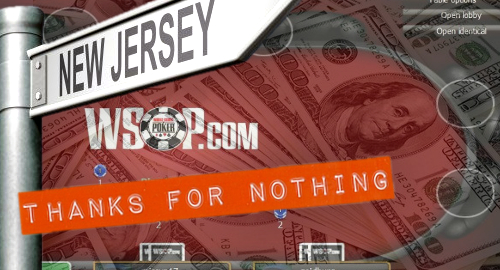 Figures released Friday by the New Jersey Division of Gaming Enforcement show state-licensed online gambling operators generating revenue of $20.8m in April. The figure is 22.6% higher than the same month last year but below the record $21.7m the operators produced in March of this year.

April’s showers of revenue were almost entirely due to online casino operations, which shot up 31% year-on-year to $18.85m, although this was $1m less than March’s tally. Online poker revenue not only failed to match March’s $2.25m, but fell nearly 24% year-on-year to just under $2m.

The Golden Nugget’s casino-only online operations, which include the local operations of UK outfit Betfair and Pennsylvania’s SugarHouse Casino, maintained its status as the state’s top earner with just under $5.4m. This is significantly higher than April 2016’s $3.3m but well back of March 2016’s record $6.17m.

The Borgata family of sites ranked second on the revenue chart with $4.2m, up around $200k year-on-year but down $150k from March. The Borgata’s poker operations contributed $600k to the total, down from $650k in March.

The Borgata could soon take a run at the Nugget’s crown, as the casino is owned by MGM Resorts, which announced last week that it had teamed with PartyPoker parent GVC Holdings to launch an online poker and casino operation under the playMGM brand.

The Tropicana’s casino-only site generated $3.94m in April, up slightly from March’s figure and nearly $1m higher than April 2016.

That left Caesars Interactive Entertainment New Jersey (CIENJ) as cellar-dweller for the second straight month with $3.5m, although that represents an improvement of around $350k from March. CIENJ’s casino operations enjoyed healthy gains but poker operations fell nearly 17%.