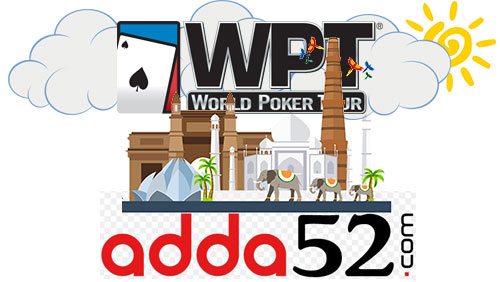 The World Poker Tour deepens their partnership with India’s largest online poker room Adda52.com to create WPTDeepStacks India and the WPT India Player of the Year, and a 40-year old father of three wins WPTDeepStacks Amsterdam.

The pair has come together to organise a $1,000 buy-in WPTDeepstacks India Main Event taking place November 7-13 on the floating Deltin Royale Casino in Goa, India.

Currently, there are three qualifying events included in the WPT India Player of the Year:

The organisers may add further events, and the winner will receive a $5k package for either Deltin Poker Tour events or WPT events that take place during Season XVII of the WPT.

The WPT seems in capable hands when it comes to growth in the Asia-Pacific region. The most successful poker TV show ever produced is now owned by the Chinese online gaming giant OurGame International Holdings Ltd. And earlier in the year they hired Danny McDonagh for the position of WPT Live Events Specialist, and Danny has extensive experience working for PokerStars in that part of the world, as well as the Crown Casino in Australia, and the Deltin Poker Tour in India.

Gaussian Networks Pvt Ltd’s created Adda52.com back in 2011 and it quickly became the market leader amid a population of 1.3 billion people.  At the start of 2016 Adda52 partnered with the WPT thus allowing their players the opportunity to qualify for WPT Live events through online satellite qualification. In January, they celebrated their one millionth registered user on the site.

Poker in India has been a hot topic this week. Rival Indian online poker site, PokerHigh, secured a deal with the King’s Casino in Rozvadov to send online qualifiers to the partypoker LIVE Million Germany, and both Sam Razavi and partypoker’s Patrick Leonard joined Season 1 of India’s Poker Sports League (PSL). 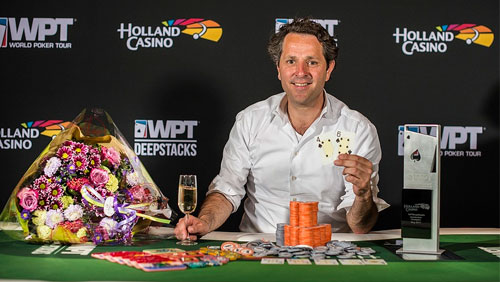 From India to Amsterdam and Thijs Menco has taken down the €1,500 buy-in WPTDeepStacks Main Event in the Holland Casino.

Menco began the final table as the short stack but entered heads-up with a 2:1 chip advantage over his opponent Pim van Wassenberg. The money went in the middle on a board of As3d2c7sTs when Menco moved all-in, and Van Wassenberg called. The latter had hit two pairs holding T7dd, but Menco held 64ss for the flush.

Before this win, Menco’s only other score was a fourth place finish in a €770 buy-in event at the same venue earning €16,565. Coincidentally, Tobias Peters also made that final table finishing second.