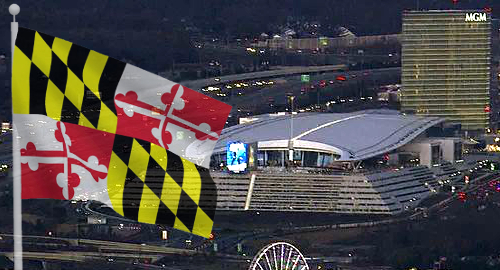 Maryland’s newest casino held on to the state’s gaming revenue crown in April, in which overall revenue was the second highest on record.

Figures released Friday by the Maryland Lottery and Gaming Agency show the state’s six casino operators generated total gaming revenue of $135.7m in April, second only to the $141.2m earned in March.

April’s total represented a 30.6% improvement over the sum earned in the same month last year. However, subtracting the contribution from MGM Resorts’ National Harbor, which opened last December, the apples-to-apples numbers of the five other casinos fell 17.4%.

National Harbor was once again the state’s top earner, taking in over $49.9m in April, but this was down from its record $51.2m performance in March. Runner-up Maryland Live suffered a similarly small decline, dropping to $45.3m from $46.6m in March, although April’s total was down more than one-fifth from the pre-National Harbor market in April 2016.

Meanwhile, the state’s self-exclusion program for problem gamblers has been deemed a failure by local media. NBC’s Washington affiliate quoted addicted gamblers saying they had little difficulty in gaining access to casino floors despite having enrolled in the Maryland Voluntary Exclusion Program.

Maryland’s self-exclusion program relies on casino staff checking identification for gamblers they suspect are among the roughly 1,400 individuals who’ve signed up for the program. Players who use casino reward cards are automatically flagged and ejected from the premises.

The state’s casino operators insist that they’re doing what they can and the state is studying the potential for systems that would read license plates in casino parking lots and compare it with plates associated with excluded gamblers. But the program largely relies on gamblers to self-police their activity.

Mary Drexler, the regulator’s Responsible Gambling Coordinator, reminded gamblers that the application they signed to enter the program clearly indicates that “you are really responsible for your own behavior.”