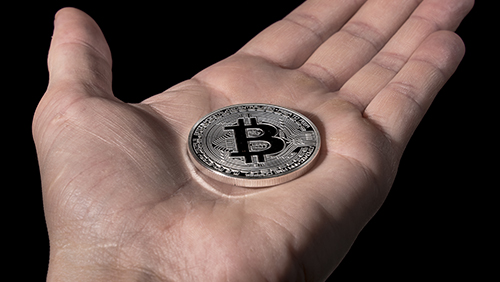 Contrary to Bitcoin Core’s belief, 1MB is not a magical number that we shouldn’t change without SegWit.

If you’re just joining us, there’s a war currently being waged over the future of the popular cryptocurrency. On one side we have the Bitcoin Unlimited, which is pressing for a hard fork of the blockchain to increase the current 1MB block size for a more robust bitcoin environment, while the other camp (aka Bitcoin Core) continues to insist that the blockchain’s original design must remain in its current form. Core developer Luke-Jr even went on record claiming the 1MB limit is already far too large for today’s blockchain use, given that all legitimate uses of the blockchain currency “amount to approximately 750k/block average.”

“By not allowing even an interim 2 or 4MB blocksize increase while we await other scaling solutions, Core are effectively sending out the message that 1MB is the right max_block_size number for now,” Afram wrote in a CoinGeek post.

1MB not a magic number

Core believes that among other things, increasing the blockchain size to anything beyond the current 1MB cap will threaten cryptocurrency’s decentralized state. After all, it was Satoshi Nakamoto himself who placed the limit in the early days of bitcoin with a goal of providing the digital currency a safeguard against spam and dusty transactions.

But Satoshi’s limit was supposed to be temporary, seeing as the network would eventually be able to handle all transactions on-chain, according to Afram.

“The “1000000” (1MB), number that Satoshi input into the code follows no real decision point, but rather, a simple round numbered limit, that was never supposed to be reached. Except that we did reach that number, and as a result, many users are now paying well over 1USD per transaction,” the analyst wrote.

SegWit at any cost

The bottom line, at least for the Core group, is that SegWit must be implemented as soon as possible, and at any cost—including undermining the confidence in other proposals such as Bitcoin Unlimited.

“The idea that 1MB is this magical number we shouldn’t change unless we get SegWit is holding the Bitcoin community hostage. But to prevent from anyone holding Blockstream Core to this charge, Core dev Luke-jr, is even on record claiming that the 1MB limit is too high… On what basis!? Apparently, Core wants everyone to be paying well over 5USD per transaction each time,” Afram said.

Proposed in December 2015, SegWit sought to boost the blockchain’s transaction capacity by sending transactions off-chain and onto second layers like the Lightning Network or sidechains. SegWit has a lot of issues, but the main criticism against the proposal is its use of a 1:4 ratio, which some miners pointed out as a political decision that will bind bitcoin’s trajectory for years regardless of technical factors.

Bitcoin mining pool viaBTC said SegWit’s approach is “not equal to bitcoin’s peer-to-peer on-chain transactions,” noting that “LN will also lead to big payment ‘centers,’ and this is against bitcoin’s initial design as a peer-to-peer payment system.”

The price of bitcoin has scaled above $1,480 mark during Wednesday’s early afternoon trading.