The double-digit growth of Macau casinos’ gaming revenue is bringing a sense of nostalgia to Melco Resorts & Entertainment Ltd chief executive officer Lawrence Ho, bringing him back to the good old days of 2013.

Macau enjoyed a robust and vibrant gambling business that year, raking in US$45 billion in gambling revenue. 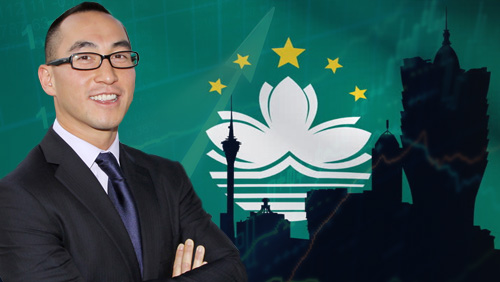 But the magic of 2013 diminished after China’s economy cooled down and the Chinese government ordered a crackdown on corrupt government officials. From then on, Macau posted more than 20 consecutive months of disappointing gaming revenue.

So when Macau’s Gaming Inspection and Coordination Bureau (DICJ) announced on Monday that Macau casino’s gaming revenue soared 16.3 percent to $2.5 billion in April, a bullish Ho sensed that a repeat of Macau’s 2013 gambling peak is possible.

“Definitely within the next five years, it will grow back to the $45 billion gaming market,” Ho said in an interview with Bloomberg. “And that’s just the gaming alone, because the non-gaming part is significant.”

Macau’s Q1 total gaming revenue was up 13% to MOP 63.5b, riding the wave that has seen the world’s largest casino market post nine straight months of year-on-year gaming revenue gains after two-plus years of negative trajectory.

Mass market gaming revenue (including slot machines) was also on the rise in Q1, albeit by a comparatively modest 8.5% to MOP 28b. This marks the third consecutive quarter in which mass market revenue has enjoyed year-on-year gains, and the rate increased slightly from Q4’s 7.4% mass market rise.

Aside from Macau, Ho is also upbeat about the prospects of entering Japan, which could easily be a “US$20 billion market,” according to the casino billionaire.

With that in mind, Ho pointed out that Melco will “do whatever it takes” to land a license in Japan.

“If it is $20 billion divided by two or three or four operators, that would be very significant,” he said. “We don’t want to put a dollar figure on it because ultimately, the opportunity is priceless.”