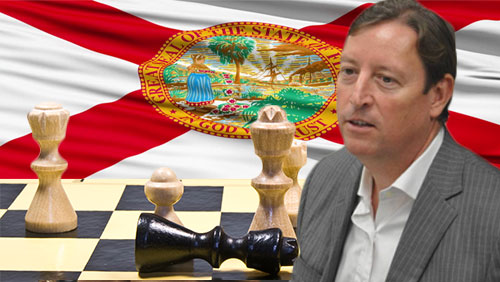 Florida has moved closer to a gambling deal after members of the House backed off its long-time stance of blocking gambling expansion in the Sunshine State.

Palm Beach Post reported that the House broke the gambling plan impasse on Wednesday by offering a compromise with Senate leaders to get a deal done before the legislative session adjourns next week.

House and Senate negotiators met in the morning to discuss an omnibus gambling bill. Sen. Bill Galvano, the Senate’s chief negotiator on gambling issues, said the House made what he described a “substantial offer” as part of a compromise to move the gambling deal forward.

“We know that time is running out, so we wanted to make a serious and substantial offer to the Senate,” Galvano’s House counterpart, Rep. Jose Felix Diaz, said.

Legislators also tackled the issue on a new facility with slots and a cardroom in Miami-Dade County. Senators wanted a total of two new gambling facilities in Broward and/or Miami-Dade counties.

To move things forward, the House offered to agree to the construction of the new facility provided that it will be at least five miles away from an existing pari-mutuel facility and would have to purchase at least one active pari-mutuel permit and give it back to the state.

The new casino can have 1,500 slot machines and a card room.There are two possible sites where this facility can be constructed if the deal passes the legislature.

Malaysia-listed Genting BHD is eyeing to build a full casino and resort on the former bayfront site of the Miami Herald building. Another possible area would be the iconic Fontainebleau Miami Beach.

In terms of taxes, the House agreed to slash the current 35 percent tax rate on slot machines at “racinos” in Miami-Dade and Broward counties as long as the facilities reduce their maximum number of machines.

The House also agrees that the Seminole Tribe may offer daily fantasy sports play if the state legalizes it, but the Seminoles would have to agree that it doesn’t violate any exclusive rights to gambling they enjoy.