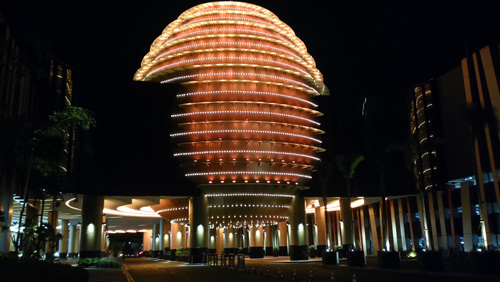 The group behind City of Dreams Manila, is exploring the possibility of an expansion for its 6.2-hectare casino resort, which is already operating at “full capacity.”

Belle Corporation Vice Chairman Willy Ocier told Manila-based reporters that they are planning to invest in a land “within that area or anywhere else outside Metro Manila.” The initial plan is to develop Belle’s existing 8,500 square meter property near the casino resort, but the executive said they are still “planning with Melco,” the operator of City of Dreams Manila.

“We are looking for neighboring site or land continuous with COD. We are open also [to a] joint venture partnership,” Ocier said, according to Rappler.

If you can’t beat them, join them

Once it has identified the site for its new casino, Belle said it will apply for a second gaming license with state regulator Philippine Amusement and Gaming Corporation (PAGCOR).

“We have applied for a second site in line with the fact that our licensee partners have second sites. We are applying based on the policy of level playing field,” Ocier was quoted by Business World saying.

He was referring to rival Bloomberry Resorts, which has been eyeing to develop a “mixed-use” complex complete with a hotel and casino on a 1.5-hectare property in the Quezon City Central Business District, located about 23 kilometers away from Solaire Resort and Casino.

Belle had been against Bloomberry’s plan to expand outside PAGCOR’s Entertainment City complex, where massive sums of money have already been invested into. But it’s not just Bloomberry that has other casino developments. Travellers International, in particular, owns Resorts World Manila in Newport City and is building Westside City Resorts World in Entertainment City.

“They (PAGCOR) said they will consider but they didn’t commit… PAGCOR is open to other areas outside Metro Manila especially when it is tourism related,” Ocier said.