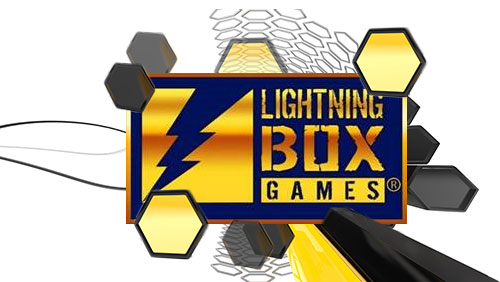 Sydney, 24th April 2017 – Specialist slot designer Lightning Box Games has made its UK retail debut after one of its games went live in an exclusive deal with William Hill.

A tailored version of the supplier’s popular online game Silver Lion is now available to play across Hills’ 2,300 plus network of Licenced Betting Offices (LBOs).

Silver Lion Deluxe is a 4×5 reel, 10-line slot which takes players on safari across the sweeping plains of the African Savannah in search of the mythical Silver Lion.

Along the way, they encounter zebras, hippos, meerkats, and spear-rattling tribesmen, with an appearance of the Silver Lion in the undergrowth leading to engagement in bonus rounds and huge wins.

The Deluxe edition now includes a new Bonus Respin feature designed to cater for the difference in player taste in land-based environments.

The game is now available on an exclusive basis to players in William Hill’s shops.

Peter Causley, Lightning Box Games’ managing director and co-founder, said: “We have been talking with Andrew for a few years about doing something omni-channel with Hills, and we’re delighted to have finally partnered with one of the industry’s leading bookmakers, to make our UK retail debut.

“Silver Lion Deluxe has been tailored with the help of our friends at BetDigital to suit the needs of players within the operator’s LBOs and we’re sure they will enjoy playing the game as much as we did making it.”

Andrew Sackey, Director of Product and Content at William Hill, said: “Omni-channel content that performs strongly in both Retail and Online is a key focus, and Lightning Box Games have been performing in both areas in multiple countries with their Freespins based content, so we are really happy to get their games exclusive in the UK.”

Most recently, the Sydney-based supplier sealed a deal with LeoVegas for Silver Lion to launch exclusively on the operator’s online website and is soon to be available at William Hill’s online casino.

Lightning Box Games is a leading multi-channel supplier of video slots to the betting and gaming industries. The independent studio, based in Sydney, Australia, provides high quality gaming content to land-based, online, and social casinos around the world. It was founded in 2004 by former Aristocrat and IGT designers Peter Causley and David Little. Their combined forty years’ experience has helped the studio produce a number of commercially successful games, such as Stellar Jackpots-Chilli Goldx2, Dolphin Gold, Dragon Palace, Frogs ‘n Flies, Astro Cat, Silver Lion and Five Pirates. These, and their most recent releases, regularly feature in the top performing games of clients, including NYX and Incredible Technologies. They are also due to go live with Ainsworth and Everi in the near future.  For more information about Lightning Box Games, please visit www.lightningboxgames.com

Founded in 1934, William Hill is one of the most trusted brands in the marketplace, attracting millions of customers from around the world. In addition to the UK Retail and Australia markets, the company’s online business is headquartered in Gibraltar with its marketing and customer service functions in Israel, Bulgaria and the Philippines. The firm also has licensed websites in Italy and Spain, and William Hill US operates in the states of Nevada and Delaware.