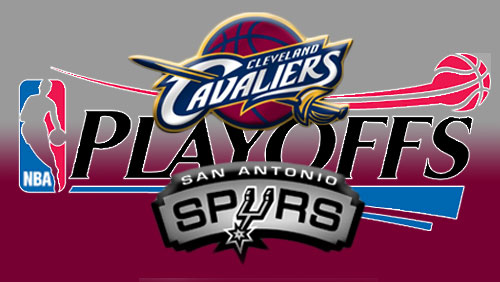 The Cleveland Cavaliers and the San Antonio Spurs will both be trying to take commanding 3-0 leads as small road favorites in their respective first-round playoff series on Thursday. The Milwaukee Bucks will host the Toronto Raptors as 1.5-point home chalk in the other Game 3 scheduled for Thursday, with that series tied at 1-1.

In the Eastern Conference, the second-seeded Cavaliers are listed as 2.5-point road favorites for Game 3 versus the seventh-seeded Indiana Pacers, who are 11-2 against the spread in the past 13 meetings despite losing nine of them straight up.

Cleveland beat Indiana 117-111 in Game 2 on Monday but failed to cover as a nine-point home favorite for the second straight time in the series. The over has cashed in each of the first two games of the series as well along with seven of 10 dating back to the regular season. The Cavaliers were just 20-21 SU on the road during the regular season, going 17-24 ATS.

The winner of that series will take on the winner between the third-seeded Raptors and sixth-seeded Bucks in the second round, and this matchup could go the distance of seven games based on the results of the first two. Toronto went 23-18 SU and 23-17-1 ATS on the road during the regular season while Milwaukee was 23-18 SU but 19-22 ATS at home.

The Raptors evened the series Tuesday with a 106-100 win over the Bucks in Game 2, falling short of covering the number as eight-point home favorites. Milwaukee has covered the last three meetings after going 0-5 ATS in the previous five.

In the Western Conference, the second-seeded Spurs are four-point road chalk visiting the seventh-seeded Memphis Grizzlies in Game 3 of their series. Unlike the other two high seeds Cleveland and Toronto, San Antonio has covered both of the first two games against Memphis, winning them by an average of 21.5 points.

The Spurs are coming off a 96-82 victory in Game 2 on Monday, covering as 10.5-point home favorites. The Grizzlies had covered the previous four meetings during the regular season, going 2-2 SU.