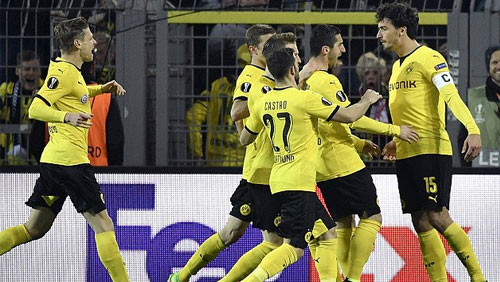 Ligue 1 leaders Monaco slammed another three passed Dortmund on their way to the semi-finals of the Champions League, and Barcelona drew a blank at home to Juventus to exit in the quarter-finals for the second successive season.


Borussia Dortmund was a dark horse in the race to Cardiff for the final of the Champions League. The German side dominated a group that contained the champions, Real Madrid, scoring a record 21 times, without losing a single game.

They swatted Benfica aside like an irritable fly in the Round of 16, and they were the bookmaker’s favourites to make light work of Monaco in the Quarter-Final.

And then the club’s Champions League hopes were literally blown apart after the team bus heading to the Westfalenstadion for the first leg was struck by three roadside bombs, shattering the windows and fracturing the arm of defender Marc Batra.

With {most} of the football world united in grief over the atrocity, UEFA surprised everyone by demanding that the match went ahead 24 hours later. Dortmund manager Thomas Tuchel would tell the press that his side needed more time and felt completely ignored by UEFA officials.

Dortmund put in a decent display, and to all intents and purposes, you couldn’t say that the events of the previous 24 hours affected their performance, but it must have. Dortmund lost the game by 2-3, and are now out after losing the return leg 3-1. 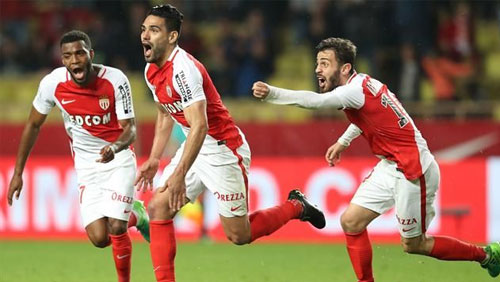 The impressive Kylian Mbappe opened the scoring within the first five minutes, before the former Man Utd and Chelsea striker Radamel Falcao effectively ended the tie by making it two-nil at the break. Marco Reus managed to pull one back three minutes after the interval, but substitute Valere Germain scored with virtually his first touch to send the French team through to the semi-finals 6-3 on aggregate where they start as the +600 outsiders.

When Barcelona returned from Paris after suffering a 4-0 mauling at the feet of Paris St Germain in the Round of 16, you still felt confident they would produce something special, and they didn’t disappoint. Lionel Messi, Neymar Jr and co-produced one of the comebacks of modern times beating PSG 6-1 to qualify for the last eight and become the bookmakers favourite to win the title outright.

And then they went to Juventus and got stuffed again 3-0. Only this time nobody thought Barcelona would do it again. Equally, they didn’t believe that Juventus would leave the Nou Camp without conceding a goal, but they did.

Say what you want about Italian football, they know how to defend, and this was a masterclass by Juventus, who performed so well, Gianluigi Buffon only had one save to make all night. A fact that had Neymar Jr in tears.

It’s the second time in a row that the mighty Barcelona has failed to make the semi-finals and the main reason that Luis Enrique will step down as boss at the end of the season.

Next up for Barcelona?

The draw for the semi-final of the Champions League where they are now second favourites to win the trophy for the first time since beating Ajax on penalties in the 1995/96 final in Rome.