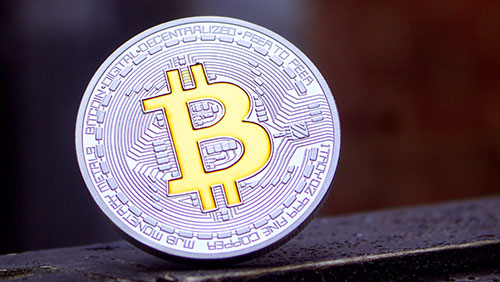 Contrary to popular belief, the costs to compete with the so-called established behemoths—ahem Visa—are within any bitcoin miner or company’s reach.

The current perception is modest sized companies will find it difficult to compete with financial services giants like Visa, which has impregnable technological resources. In response to a tweet that “it would take multi terabyte blocks to get to Visa levels on 1st layer,” bitcoin blogger Tetsu bigstone Oishi did the math, and pointed out that “the Visa capacity is 50,000 tx/s.” This, he said, is 7,142 times bigger than bitcoin, “so we need 7GB block. Exactly 1 TB/day.”

Terabyte, of course, is often associated with expensive storage. But as the lot at CoinGeek pointed out, mega and fast storage doesn’t need to be expensive—if people know where to get it.

According to CoinGeek’s calculation, “bitcoin can not only challenge Visa for under $20 million PA; at only $20,000 each node to a miner, it even makes money.”

It gets even better, because if Moore’s law is taken into account, the cost of competing with Visa per node will exponentially decrease every 18 months—from $10,000 in October 2018 to $625 by October 2024.

The bottom line? Any user can be a miner.

Transferring money digitally with the speed and security of blockchain is appealing to multinational companies, although bitcoin remains a no-no for many companies, which claim that employees and suppliers still prefer to be paid in old-fashioned fiat currencies.

MobiCommerce CEO and founder Abhishek Agarwal, however, sees the relationship between eCommerce and bitcoin is shaping up “to be a good one.”

In a blog post, Agarwal pointed out that “the availability of digital currencies also makes it a possibility for small businesses to engage in global eCommerce and bitcoin. Digital currencies allow smart contracts and programmable money to be possible. This is a good way to ensure that business transactions are carried out safer considering that, once an asset is digital, moving it is easily done automatically.”

Despite what some of the so-called experts believe, bitcoin is transforming eCommerce because it is capable of competing with the transaction rates of the established financial institutions, among other things. And for the people in the online gambling industry, this means that operators can move away from credit card companies, make deposits and withdrawals fast and easy.

“Most firms usually avoid international payments because of the credit card fraud that is involved with it. Having a digital currency like a bitcoin ensures that once a transaction is done, it cannot be undone. This is a good way to eliminate fraudulent risks, making it possible for merchants to sell worldwide,” Agarwal noted.