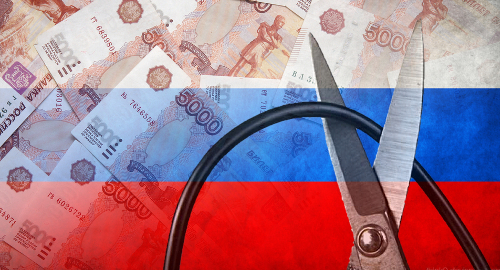 A Russian legislative committee has recommended that the Duma approve measures to disrupt payment processing with unauthorized online gambling sites.

Earlier this year, Russian legislators introduced legislation that would prohibit banks and payment processors from having any dealings with internationally licensed online gambling sites. On Monday, the State Duma Committee on Budget and Taxes recommended that legislators approve the draft federal law 108659-7 when it has its first reading in the Duma this Friday (14).

The bill is part of Russia’s ongoing effort to force local punters to wager with Russian-licensed online sports betting sites, which has included hiking fines for internet service providers who fail to block gambling sites flagged by state communications watchdog Roskomnadzor. The draft law on payments would also create a blacklist of payment processors and other financial agents who continue to flout the ban on unauthorized financial transfers between punters and gambling sites.

Russian-licensed online bookmakers are required to channel all payments through centralized hubs known as TSUPIS. There are currently two rival systems, one supported by the First Self-Regulatory Organization (First SRO) of Russian Bookmakers, while the other TSUPIS handles payments for members of the rival Bookmakers SRO group.

FONBET TRANSFERS OPERATIONS TO FONBET.RU DOMAIN
To date, only a handful of Russian bookmakers have launched online, although Bingo Boom belatedly added its name to this list earlier this month and BetCity plans to do likewise any day now.

Fonbet launched its official Russian site last December via the bkfon.ru domain but announced this week that it was transferring its operations to Fonbet.ru after successfully wresting control of the domain from an international firm following a lengthy legal battle.