Home / Casino / SJM Holdings rolls out up to 9.1% pay hike for Macau staff 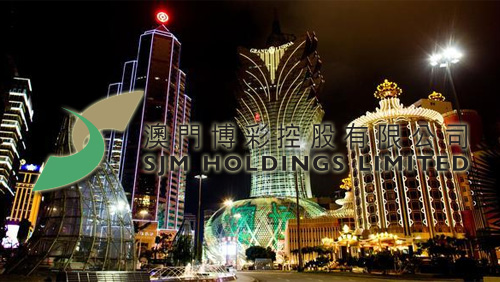 Despite having a dismal 2016 performance, casino operator SJM Holdings is doing it right with its staff in Macau.

There was no mention how many of SJM Holdings’s employees are eligible to receive the pay hike, but it noted that the increase is extended to the company’s entry-level workers, with the company giving “particular consideration to the needs of local employees.”

More than 95 percent of SJM Holdings’ staff are locals, according to the company, which reported that it had about 20,600 full-time employees last December 2016.

All of SJM’s gaming verticals were also in negative territory, with VIP revenue falling 20.5%, mass market tables down 8.2% and slots falling 6.4%. These compare unfavorably with the overall Macau market, which saw VIP revenue fall 6.9% while mass market revenue gained 1.8%.

SJM Holdings was the last of the special administrative region’s six casino operators to announce a salary increase for employees this year. The first was Sands China, which announced in January that its eligible full-time employees will receive a salary increase by an average of 2 percent to 6 percent starting March 1. Eligible full-time employees earning up to MOP12,000 (USD1,500) per month—representing about 5 percent of the company’s workforce—will receive a pay increase of MOP600 per month, the company said. Employees earning more than MOP12,000 per month will receive between 2 percent to 2.5 percent average increment.

MGM China, Galaxy Entertainment, Wynn Macau and Melco Crown Entertainment followed soon after. MGM China said its non-management employees earning up to MOP16,000 (US$2,000) per month will receive a pay increase between 3 percent to 7 percent, while team members earning above MOP16,000 per month will receive an increase of 2.5 percent. Meanwhile, Galaxy Entertainment said it will have a “performance-based salary adjustment ranging from 2.5 percent to 5.5 percent” effective from April. Melco Crown’s salary increase ranges between 3 percent and 7 percent, while Wynn Macau’s was in the range 3 percent and 6.5 percent.