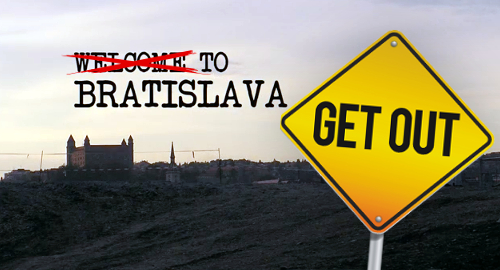 Slovakia’s capital city Bratislava has banned casino gambling in its metropolitan area, but insists the resulting shutdown will be conducted in an orderly fashion.

On March 30, Bratislava city council voted for an absolute ban on gambling within city limits – with carveouts for sports betting shops and lottery retailers – following a similar vote in February that failed to pass. This most recent vote included generally binding regulation that will take effect on May 1.

Bratislava Mayor Ivo Nesrovnal said the ban won’t be immediate, but the city’s 305 casinos, slots and bingo halls will find it impossible to renew their licenses as they expire. The last casino license issued by the city – held by the Banco Casino in the Crowne Plaza hotel – expires in 2021, after which Bratislava’s casino purge will be complete.

The city reportedly earns over €3m per year from gaming fees and taxes, equal to around 1% of its annual budget. Nesrovnal admitted the city had no plan for replacing this revenue but still felt the casino ban was worth it. “This was not a vote about money but about values.”

The Slovak Association of Amusement and Games (AZAH) has vowed to appeal the city’s decision, based on AZAH’s belief that the ban is illegal. The February vote was in response to a citizen-led anti-gambling petition, and since Slovak law prohibits the adoption of multiple decisions based on the same petition, AZAH believes February’s failed vote should hold sway.

AZAH spokesperson Dominika Lukacova said Slovakia remained “a country that respects the rule of law, and we believe that a court will recognize that this procedure has nothing to do with democracy.”

Lukacova warned that banning casinos would simply lead to a rise in underground gambling dens – similar to what happened when the Czech town of Brno passed a similar ban – as well as pushing punters toward internationally licensed online gambling sites.