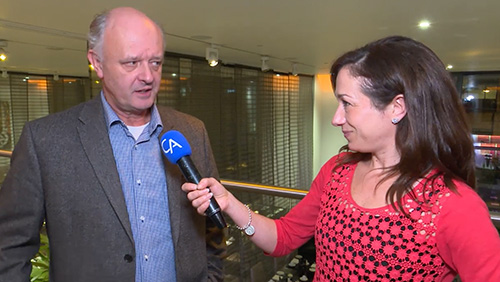 In this interview with CalvinAyre.com’s Becky Liggero, Mark Blandford of Burlywood Capital explains why it is dangerous for gambling start-ups to keep IPO as their holy grail.

There’s an old notion that when a company reaches US$ 100 million in annual revenue and has at least a profit in the first half of their fiscal year, it is already considered ripe to go public.

Many entrepreneurs faithfully follow what pundits call the US$100-million Revenue Theory, which serves as a guiding light to companies wanting to make a public offering.

The idea of this theory is simple: a company must be big enough to both withstand competitive pressures and at the same time it should earn a bigger market value in order for it to be able to sell enough stock to institutional buyers in its IPO.

Mark Blandford of Burlywood Capital, however, believes that there are better exit strategies for companies, particularly start-ups, than to take the IPO way.

The danger of keeping IPO as a holy grail, according to Blandford, is that it creates false expectations in terms of making large amount of money off the table as an IPO.

“I would never take the IPO away as a possible exit. However, I do think some people are distracted by IPOs. Fancy talking investment banks talking huge valuations, they make it sound so simple. The reality for entrepreneur is often he’s going to be locked in to the company that has lots of terms and conditions under which the IPO occurs,” Blandford told CalvinAyre.com. “In my opinion, there are some false expectations in terms of making large amount of money off the table as an IPO, which is extremely rare. There must be a huge demand for that to happen. For the majority of people they are going to be locked in to their company for at least a couple of years. And it is not actually an exit, more of like a movement to a next phase of a company’s evolution.”

When it comes to an exit strategy, Blandford said there are tell-tale signs on whether entrepreneurs should exit early or stay in the company for a bit longer.

He pointed out that a business that hits profitability, that’s on target with management tool of the business, moving towards paying dividend, strong cash flow in the business, is an argument in staying longer.

“One of the things that I’ve got investing my money is that I’ve got flexibility and there are examples on when it is good to cut and run early. I’m thinking of one technology business where we have a real blue chip list of the major bookmakers on a mobile sports betting platform. And then one day, much to our surprise, one of those blue chip names told us they were moved off the platform, because they developed their own mobile platform in house. And the reality was, it was the start of a domino effect, their CTOs were going to their chief execs saying ‘hey, we can develop this technology. Technology, in other words, becomes commoditized. That’s an example of going soon,” Blandford pointed out.

If he’s to invest his money on a start-up. Blandford said that he will be looking at the company’s management capabilities.

Shared Experience – What is one mistake leaders make more frequently than others?
Video
20 January 2017

Shared Experience – What are the most important decisions as a leader?
Video
23 December 2016

Shared Experience – How to keep inspiration alive in a larger organisation?
Video
16 December 2016

Shared Experience – How do you continue to grow and develop as a leader?
Video
9 December 2016
.