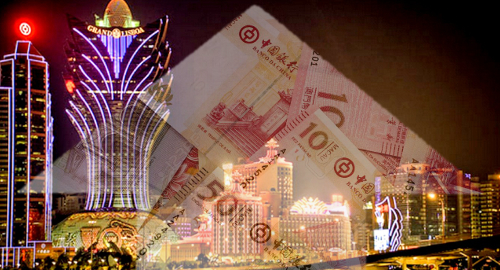 Figures released Saturday by Macau’s Gaming Inspection and Coordination Bureau (DICJ) show the special administrative region’s casinos earning gambling revenue of MOP 21.2b (US $2.65b) in March, an 18.1% improvement over the same month last year.

The sum is less than February’s MOP 23b but greater than analysts had forecast, and the year-on-year gain extends Macau’s streak of consecutive monthly revenue increases to eight. For the year to date, total casino revenue is up 13% to MOP 63b ($7.9b).

The DICJ won’t issue official Q1 breakdowns of how the VIP and mass market gambling performed individually until later this month. While Macau’s VIP market has shown encouraging signs of rebounding following Beijing’s two-year-plus crackdown on corruption and capital flight, some analysts expect VIP activity to slow in the second half of 2017.

However, those forecasts were made before last week’s announcement by China’s Ministry of Public Security of a renewed push to crack down on international casino operators luring Chinese gamblers to foreign gaming venues. Such efforts have the side benefit of steering VIPs to Macau, which Beijing appears to view as the lesser of two evils, given that it at least allows the authorities to keep closer tabs on who’s spending what and where.