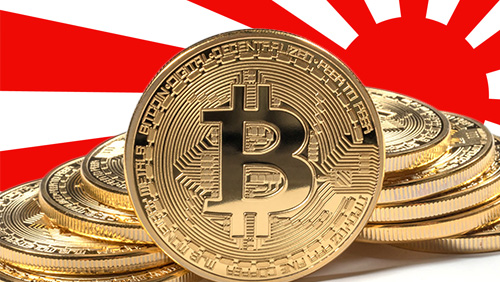 After regulating digital currency exchanges in the country last year, the Japanese Diet has signed a landmark bill that will allow the use of digital currencies like bitcoin as a legal method of payment.

The long-awaited bill, which goes into effect on April 1, still does not recognize bitcoin as a currency, but it has accepted that bitcoin and other cryptocurrencies have “asset-like values” that can be used “as payment to indefinite parties for the cost of purchase or rent of items or receipt of services and which can be transferred by means of electronic data processing systems,” explained Bitflyer exchange.

“Bitcoin will continue to be treated as an asset unless there are future revisions or directives to Japanese tax law,” the exchange noted.

Aside from recognizing bitcoin as a method of payment, the bill will also impose several requirements on bitcoin exchanges in Japan. The government’s Financial Services Agency (FSA) has already started regulating virtual currency exchanges and their operators, but the new law requires them to register with the Prime Minister.

Domestic digital currency exchanges must also meet a number of requirements, including having a minimum capital of JPY10 million (US$89,430) as well as an IT system capable of theft and loss prevention. The exchanges are also required to establish systems and processes for employee training, internal rules, governance and outsourcing guidance.

The bill, however, “poses an accounting dilemma” for early bitcoin adopters in Japan. According to a Nikkei Asian Review report, current accounting standards in the country do not cover digital currencies, so there is no guidance—yet—on how to cryptocurrency-related transactions for tax purposes.

The lack of standards poses “a risk that companies that hold virtual currency could turn out to have distorted valuations or that huge losses surface suddenly,” explained Chikako Suzuki, a partner at Pricewaterhousecoopers Aarata.

“The Accounting Standards Board of Japan decided Tuesday to begin consideration, expected to take six months, of a framework for treatment of virtual currency,” wrote the Japanese news outlet.

The new law is the latest effort made by the Japanese government to boost public trust in cryptocurrency, whose image was tarnished following the infamous 2014 collapse of Mt. Gox exchange and the subsequent arrest of its CEO, Mark Karpeles.