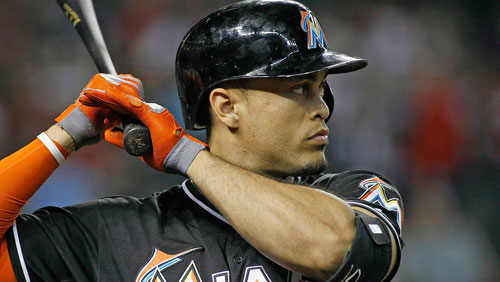 There is no doubt that outfielder Giancarlo Stanton of the Miami Marlins is one of the most feared hitters in MLB. But there should be a lot of doubt regarding whether or not Stanton can actually stay healthy enough to play a full season in the big leagues.

One player who has already topped the 40-homer plateau twice in his young four-year career is third baseman Nolan Arenado of the Colorado Rockies. Arenado is the +900 second choice to hit the most homers and may be aided by playing half his games in the high altitude of Coors Field.

Arenado also has missed just seven games over the past two seasons combined, compared to 131 for Stanton.

Both Arenado and Stanton recently helped the United States win the World Baseball Classic as well, so it will be interesting to see if that helps or hurts either of them during the regular season. Arenado has tied for the most homers in the National League each of the past two years, but he has yet to lead the majors.

The last two home run champs both play for the same team in the Baltimore Orioles. First baseman Chris Davis (+1400) hit 47 in 2015 for Baltimore before OF Mark Trumbo (+1400) knocked the exact same number out of the park last season in his first year with the team.

Davis had 38 last season to finish tied for eighth in the American League while designated hitter Nelson Cruz (+1400) of the Seattle Mariners has finished as the MLB runner-up in both 2016 and 2015 with 43 and 44, respectively.