A full round up of all the World Cup qualifiers from Europe including another defeat for the Netherlands, a last gasp draw from Belgium, and the champions Germany march on. 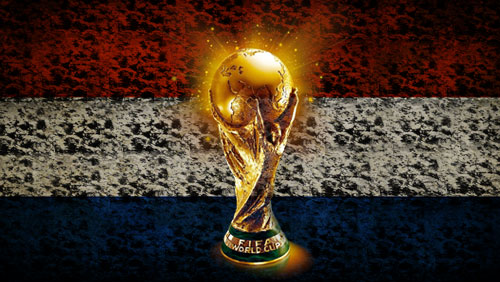 Here is a full round-up of all the World Cup qualification news from the European region.

The nine group winners each earn immediate qualification, with the best eight runners-up squaring off in home and away play-off action to determine the last four positions.

France maintained their three-point lead at the top of the group after a run of the mill 3-1 victory away at Luxembourg. The three points were never in doubt. Luxembourg has only won four World Cup games since 1930.

Two goals from Arsenal’s Olivier Giroud and a third from the spot from Atletico Madrid’s Antoine Griezmann were enough to secure the three points. Aurélien Joachim scored Luxembourg’s goal from the penalty spot.

France is the third favourite to win the competition outright at 8/1, and you can’t see them failing to qualify for the top spot.

The interesting aspect of this group is who will qualify for the playoffs. It’s a triple threat match between Sweden, Bulgaria and the Netherlands. Sweden currently holds pole position after hammering Belarus 4-0. Bulgaria poured more scorn on the once mighty Dutch after a Spas Delev brace left them hanging in fourth place and the distinct possibility of missing successive major tournaments.

Who can forget the mesmerising clash between Portugal and Hungary during Euro 2016? Both sides went at it hammer and tongs before a double from Cristiano Ronaldo saved Portugal the embarrassment of going out in the group stages with a 3-3 draw.

They met again, at the weekend. Portugal once again scored three, Ronaldo once again netted twice, but the Hungarians failed to register.

The comprehensive victory means Hungary will almost certainly miss out on a Russian World Cup. The only question that needs answering is who goes through automatically, and who has to fight it out in the playoffs?

Currently, Switzerland has the throne in Group B. The team who always seem to get to the finals and then fail to put in a single performance worthy of note, beat Latvia 1-0 thanks to a goal from Borussia Mönchengladbach striker Josip Drmić.

The Swiss are three points ahead of Portugal. Hungary is eight points adrift of the top spot.

World Cup favourites and holders Germany kept hold of their five-point lead over Northern Ireland after a 4-1 win in Azerbaijan. A double from Andre Schurrle and goals from Thomas Muller and Mario Gomez ensured the champions secured their second win of the week following on from the 1-0 friendly win over England.

I don’t think anybody is going to stop the Germans from winning the group, but the chase for the playoff spot is an exciting one. Northern Ireland is in control after beating Norway 2-0 at Windsor Park. The Czech Republic will be the primary challengers. They trail the Irish by two points after hammering San Marino by 6-0.

It would be a travesty for Wales not to follow up on their Euro 2016 semifinal appearance with a first showing at a World Cup Finals since 1958 but that’s looking more likely in the toughest group to call of them all.

The Welsh earned a battling 0-0 draw in Ireland, in a game remembered for a terrible tackle that broke the leg of Everton’s Seamus Coleman.

Irish and Everton fans have hurled abuse at
Aston Villa defender, Neil Taylor, following the tackle that saw him receive a red card; only the fans are directing the abuse at the wrong Neil Taylor.

As the former politician explained to the fans raining abuse on him:

1: I do not play football
2: I dont even like football
3; I was in a school footie team aged about 6 (we lost every game)

On another night, it would have been a good result for the Welsh, but they needed all three points. Chris Coleman’s side is still four points behind Ireland and the leaders Serbia who pulled away thanks to a 3-1 win in Georgia. Austria is the other team that makes this battle interesting. They trail Wales on goal difference after beating Moldova by 2-0.