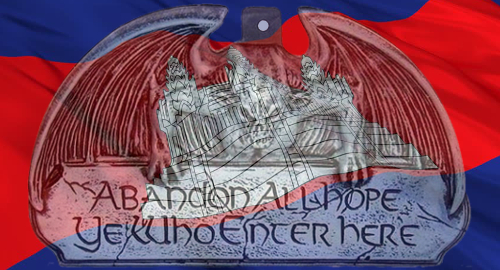 Thailand’s deputy prime minister has warned a local agitator that he’s on his own if Cambodian authorities arrest him for protesting a new border casino.

Last week, Thailand’s National Parks Department publicly disputed claims that a new casino being developed just across the border in Cambodia was located within the Ta Phraya National Park in Thailand’s Buriram province.

The claim was made by Thai nationalist Veera Somkwamkid, who accused Thailand’s military government of corruption for allowing construction of the casino on what he believes is Thai territory. Veera also accused a prominent ex-Thai politician of being involved in the casino’s development.

Veera has invited Thai media to accompany him on a tour of the new casino site on Wednesday. On Monday, Thailand’s Deputy Prime Minister General Prawit Wongsuwan publicly warned Veera that the Thai government won’t leap to his aid if he’s arrested by Cambodian authorities.

Veera was arrested by Cambodian authorities in 2010 for straying into a military zone that was the subject of a long-running territorial dispute between the two countries. Veera was originally sentenced to eight years in prison before receiving a pardon.

Veera isn’t the only one protesting the new casino. On Monday, the Association for the Protection of the Constitution, a government watchdog group, filed a petition with the Office of the Ombudsman accusing the Deputy PM and 2nd Army Commander Lt Gen Wichai Saejorhor of neglect of duty for allowing the casino’s construction.

The petition claims that Prawit had previously admitted that ownership of the area in question was still a matter of dispute between the two countries. As such, the claim says the Thai officials are guilty of malfeasance and causing damage to society and the country for allowing Cambodian private interests to develop a casino in the area.

MORE CAMBODIA CASINO KIDNAPPERS
Meanwhile, Cambodia has recorded its second case of casino kidnapping this month. Local media reported that four “suspected Chinese mafia members” were arrested on Sunday in Poipet near the Thai border. The four are accused of holding a female gambler against her will while they attempted to force her relatives in China to honor her $20k gambling debt.

The woman was freed after her husband called the Chinese embassy in Cambodia, after which Poipet police raided the hotel where the woman was being held. The four suspects have been charged with arrest, detention and unlawful confinement with aggravating circumstances.