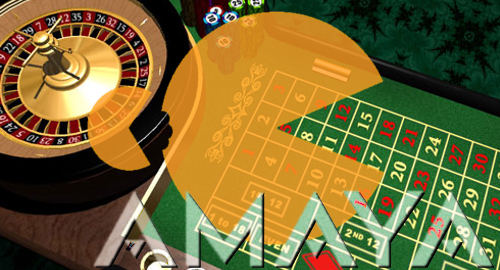 Online poker remains the top earner of Canada’s Amaya Gaming but its influence is being undercut by significant growth in Amaya’s casino and sports betting verticals.

Real-money online poker revenue from the company’s flagship PokerStars brand fell 5% to $217.2m in Q4, despite quarterly active unique player ranks rising 5%. Poker accounted for 70% of Q4’s overall revenue, down from 78% in the same period in 2015.

Amaya blamed increased cannibalization from its casino vertical, unfavorable currency fluctuations and a $6.8m adjustment in its player loyalty scheme in Q4 2015 for much of its Q4 poker decline.

Casino revenue is expected to grow even more this year following the addition of two more ‘Tier 1’ casino content providers. The vertical will get a further boost from the launch of new customer reward programs this year.

Amaya execs said on the analyst call that the BetStars sportsbook remains in “investment mode,” and is projected to account for 3% of overall revenue in 2017, up from roughly 2.2% in Q4 2016. BetStars’ quarterly actives were up 88% to 247k in Q4.

Looking ahead, Amaya said revenue in the first two months of 2017 is 13% higher than the same period last year, while poker’s share of the pie is down to 68.9% from 74.8%, and the company expects FY17 poker revenue to be flat. Amaya expects overall FY17 revenue to come in between $1.2b and $1.26b, figures that reflect PokerStars’ expected withdrawal from the Australian market by the end of April.

As for other markets, Amaya said it faces a decision in the coming months on whether to exit Colombia or apply for a new license. On more certain footing is Amaya’s plan to launch operations in India in H2 2017.

Amaya significantly boosted its US lobbying expenses in Q4, spending $3.6m versus just $101k in Q4 2015. The company also booked $3m in costs related to the strategic review of its operations that ultimately concluded the company wasn’t interested in being someone’s consolidation dance partner.

Amaya also paid around $1m in fees related to the ongoing investigation by Quebec’s securities regulator into suspicious trading activity by former Amaya CEO David Baazov and individuals close to him.

Speaking of Baazov, the embattled exec recently resurfaced as chairman of Ahaka Capital, a new private investment firm. Baazov has partnered with former KPMG lawyer Jake Malczewski in the Montreal-based Ahaka, which has already invested in New York-based UVEye, which makes devices for detecting vehicle modifications that could indicate possible terrorism uses.