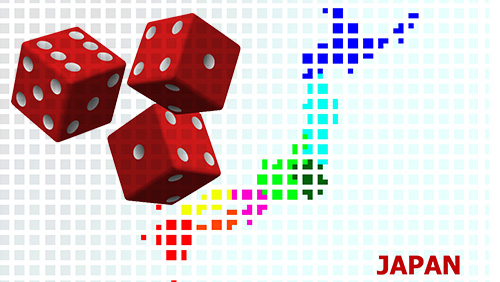 The opening of multi-billion dollar casinos in Japan in the near future will not likely affect gambling jurisdictions across the Asia-Pacific region.

This is according to international credit-debt watcher Fitch Ratings, which said that it is unlikely that Japan casinos will trigger casino cannibalization in the region.

But Vicky Melbourne, the ratings agency’s head of Industrials, Property and Consumer for South and Southeast Asia, pointed out that the success or failure of each gambling jurisdictions depends on the products it offers in their area.

“No sorts of specific, because as we’ve told earlier, it is sort of having the right product, the right sort of property and the infrastructure around to support the integrated resorts,” Melbourne told CalvinAyre.com at the sidelines of the ASEAN Gaming summit.

Melbourne said the best bet for now is to gamble on the mass market sector, which she believes has more room for revenue growth.

“We think the market in Asia is under penetrated but where we see the most of the growth is in the mass market,” she said. “So if you have a VIP-centric approach, I think that’s where you find some sort of cannibalization when Japan [casino market] opens.”

Melbourne cited the case of Macau, which benefitted from the surge of the mass-market after its VIP sector revenue tumbled for more than 20 consecutive months.

She said the opening of properties on the Cotai Strip targeting the mass market resulted in a positive knock-on effect across the Macau market.

What’s happening in Macau apparently is in stark contrast to the performance of the two licensed casinos in Singapore.

Same as Macau. You have to look at Cotai Strip at the moment, where there’s a number of properties opening up that are all sort of targeted to the mass market. That’s obviously going to have a positive knock on effect right across the Macau market.

What shielded Singapore’s gambling market from slumping is the surge of tourists flying in the island state.

“Genting Singapore and Marina Bay Sands were obviously impacted by the crackdown [in Macau]. There’s sort of two to three percent growth in the market. They got sorts of benefits from the regulatory front. In terms of licenses in 2017, will the government look to open new casinos? We don’t think so,” she explained. “In Singapore, it is all about targeting the tourism. And we’ve seen the tourism numbers grow. From a regulatory sort of perspective, they do have some sort of protections.”