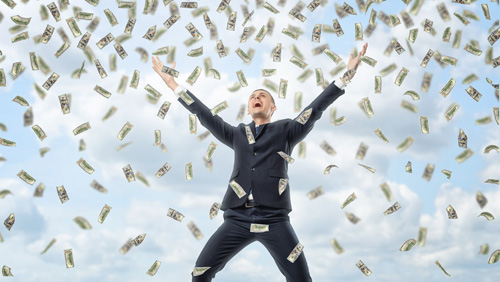 It turns out that one of the most popular cliches—that money can’t buy happiness—may not be true.

A recent survey conducted for lottery groups in Australia showed that it takes AUD$10 million (US$7.7 million) to realize their dream and be happy.

ReachTel, the organization commissioned by lottery groups in Victoria, South Australia, Queensland, and NSW to conduct the survey, found that 30.4 percent of Australians believe that winning at least $10 million in a lottery would be ideal to make their dreams a reality.

Some 24.3 percent of the respondents, on the other hand, are contented with AUS$1 million (US$772,460). The results, according to the survey firm, was in contrast to a similar survey conducted six months ago, which showed that AUS$1 million is enough to fulfill their dreams.

NSW Lotteries spokesperson Matt Hart said the results highlighted how New South Welshmen had diverse thoughts on what they thought could make them happy.

When asked how a big lotto win might bring them happiness, about a third of New South Welshmen (32.2%) said it would be being debt free and financially secure.

More than a quarter (26.6%) said being able to help out family and friends would also make them happy.

The NSW Lotteries survey was conducted in time for International Day of Happiness, 20 March.