Bitcoin’s price crashes as it braces for an ugly split

Bitcoin lost more than 20 percent of its value over the weekend as a growing split among developers threaten to break the digital currency in two. 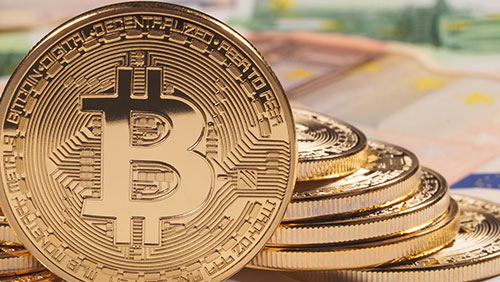 The popular digital currency reached a low $988 during Sunday’s trading—a huge drop from last week’s high of $1,259—as the debate among bitcoin developers continue to escalate.

Bitcoin’s underlying blockchain technology enables transactions to get traded in batches called “blocks.” But developers are disputing on whether the block chain size limit should be adjusted to support more transactions.

Bitcoin’s code limits the size of block transactions to one megabyte, and to change the limit, one must first get the consent of the “miners” who have accumulated enough computing power to handle all the transactions. However, many of the miners fear that adjusting the limit could affect their economics.

But what caused the price of bitcoin to drop?

According to reports, supporters of the Bitcoin Unlimited have threatened to set up a “hard fork” for the digital currency marketplace. Essentially, this will be an alternate software platform for bitcoin trading, but it’s one that’s incompatible with the current platform, potentially leading to two versions of the cryptocurrency.

Last week, 20 bitcoin exchanges addressed the possibility of having two versions of bitcoin. In a statement, the exchanges—including Bitfinex, Bitstamp, BTCC, Bitso, Bitsquare, Bitonic, Bitbank, Coinfloor, Coincheck, itBit, QuadrigaCX, Bitt, Bittrex, Kraken, Ripio, ShapeShift, The Rock Trading and Zaif—said in the event of a split, they will list Bitcoin Unlimited as an alternative cryptocurrency under the BTU of XBU tickers.

“As exchanges, we have a responsibility to maintain orderly markets that trade continuously 24/7/365. It is incumbent upon us to support a coherent, orderly and industry-wide approach to preparing for and responding to a contentious hard fork. In the case of a bitcoin hard fork, we cannot suspend operations and wait for a winner to emerge,” the exchanges said in a statement, according to CoinDesk.