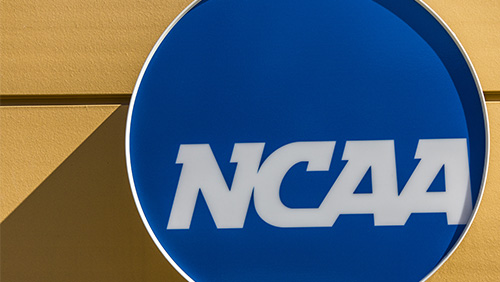 Two of the four top seeds in the 2017 NCAA Tournament will be in action on Thursday when betting action tips off in Buffalo and Salt Lake City.

And while the defending national champion Villanova Wildcats (31-3) await their opponent from Tuesday’s First Four, the Gonzaga Bulldogs (32-1) will try to prove their naysayers wrong and begin a run for their first-ever Final Four appearance.

The Bulldogs are listed as massive 22-point favorites as the No. 1 seed in the West against the 16th-seeded South Dakota State Jackrabbits (18-16), who won the Summit League in an upset. Gonzaga has gone 20-5-1 against the spread in its last 26 games while South Dakota State is 6-1 straight up so far this month with a longer current winning streak than its opponent at six.

The Arizona Wildcats (30-4) are the second seed in the West and will also be playing in Salt Lake City later on Thursday, as they take on the 15th-seeded North Dakota Fighting Hawks (22-9) as 17-point chalk.

The Wildcats won the Pac-12 tournament title after tying with the Oregon Ducks for the regular-season championship. Arizona topped both the UCLA Bruins and Oregon as an underdog en route to winning that tournament on Saturday. However, North Dakota is 6-0-1 ATS in its last seven as an underdog.

Another intriguing West matchup in Salt Lake City pits the eighth-seeded Northwestern Wildcats (23-11) versus the ninth-seeded Vanderbilt Commodores (19-15), who were a controversial pick to get a Big Dance invitation. The Commodores defeated the Florida Gators (24-8) twice within a one-week stretch to sneak in, and they are one-point favorites against a Wildcats team making its first-ever NCAA Tournament appearance.

Vanderbilt is 8-2 SU and 9-1 ATS in its last 10 games when playing teams with winning records.

Speaking of the Gators, they are the No. 4 seed in the East and hope to challenge Villanova for a spot in the Final Four. Florida is listed as a 10-point favorite versus the 13th-seeded East Tennessee State Buccaneers (27-7), who won the Southern League.

The Gators are 4-1 SU and ATS in their past five off an ATS loss while the Buccaneers have covered four of their previous five meetings against SEC foes.

In the South Region, one of the favorites for a No. 12 versus No. 5 upset will take place in Milwaukee when the Middle Tennessee Blue Raiders (30-4) face the Minnesota Golden Gophers (24-9).

The records obviously do not mean much in terms of the seeding with the Golden Gophers at No. 5, but their matchup with the Blue Raiders is viewed as a pick’em. Middle Tennessee is riding a 10-game winning streak, and a No. 12 seed has pulled off an upset in 15 of the past 16 years.