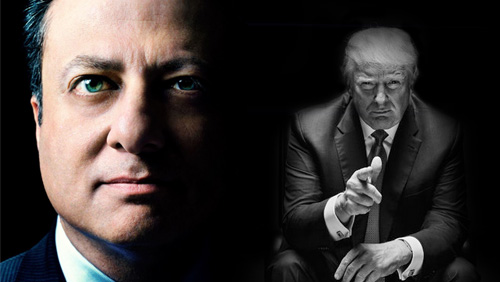 The most powerful man in the world, Donald Trump, has flexed his muscles by clearing out all 46 US Attorneys including the sacking of the man responsible for the lack of online poker in the States, Preet Bharara.

In 2011, Preet Bharara became one of the most well-known politicians in online gambling after the US Attorney for the Southern District of New York masterminded the destruction of online poker in America on a date known as Black Friday.

In 2012, Bharara was recognised by Time magazine as one of the Top 100 Most Influential People in the World. One man who was not on that list was a certain Donald Trump, and a few days ago the most controversial man in the world made sure Bharara would never again make that list by giving him a size 11 up the ass.

Bharara was one of 46 US Attorneys asked to tender their resignation once Trump had moved his boxes of vision boards and stamp collection into the White House. In one sense, it was not unusual, as Bharara was hired by Barack Obama back in 2009, but on the other hand, Trump recently gave him the dreaded vote of confidence.

The pat on the back came in November when the then President-Elect asked Bharara if he would like to help Trump change the world once he had taken control of the big red button and Area 51 alien DNA clearance codes. Bharara said yes, and so, when the new US Attorney General Jeff Sessions asked him to resign, confusion reigned.

Bharara refused to follow the rest of the rats transfixed by the dulcet tones of the Pied Piper, and so Trump harked back to his 14-years as the leading man in The Apprentice and uttered those immortal words:

And there is no ambiguity about it.

I did not resign. Moments ago I was fired. Being the US Attorney in SDNY will forever be the greatest honor of my professional life.

Trump didn’t respond. He was too busy telling all the pussy in the world how much he cared for them.

I have tremendous respect for women and the many roles they serve that are vital to the fabric of our society and our economy.

The cull is not that unusual. In 1993, President Bill Clinton sacked all 93 US Attorneys in a single day, including the en vogue Jeff Sessions.

And I wouldn’t make too much fuss about the 2012 Time 100 Most Popular thing.

Oscar Pistorius and Hillary Clinton also made the cut and look what happened to those two.