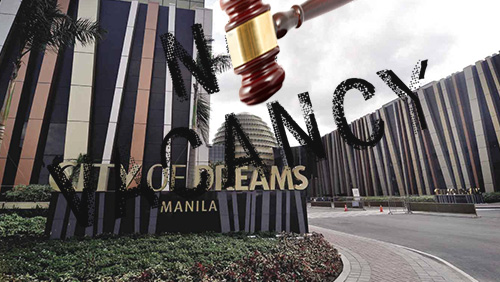 BusinessWorld reported that the appellate court barred MCE Leisure from hiring Bloomberry employees within six months to one year from their resignation as it ordered the Lawrence Ho-owned casino resort to comply with provisions of its compromise deal with Bloomberry dated Nov. 28, 2014.

The compromise deal provides that MCE Leisure cannot hire or employ any person formerly or currently hired by BRHI for a period of six months from date of resignation from the latter. If the person has a non-compete clause longer than six months, MCE Leisure is also bound to respect this provision.

“No qualifying (statements) were placed in the agreement to describe the ‘parent companies’ of respondent MCE Leisure Corporation. As we see it, the interpretation being advanced by respondents seek to unduly restrict the scope of the compromise agreement, which it has entered into with petitioner,” the CA said in its 13-page decision.

The case stemmed from the decision of MCE Leisure to hire Miles Fong Hio Lon, an employee of Solaire Resort and Casino, which Bloomberry operates.

As the director of Solaire’s Premium and Player Development, Fong was responsible for luring and coordinating with junket operators.

Under Fong’s contract was a 120-day notice period in the event he decides to resign, as well as a non-compete clause that prevents him from joining a company that owns or has an interest in a casino/hotel in the Philippines for one year.

When Fong resigned in January 2015, he asked Solaire management to waive the notice period. Solaire, for its part, denied his request and reiterated that his contract will expire on May 9, 2015.

Fong reportedly stopped reporting to work in Solaire and began working for Crown Resort Limited as director for sales operations on February 8, 2015.

Bloomberry pointed out that MCE violated the compromise deal since Crown Resort is a parent company of MCE. MCE, however, countered Bloomberry’s argument as it stresses that the compromise agreement does not cover persons employed outside of the Philippines.

But the court ruled: “Respondent MCE Leisure Corporation specifically undertook to bind itself, together with its parent companies and subsidiaries to comply with the provisions of the compromise agreement.”