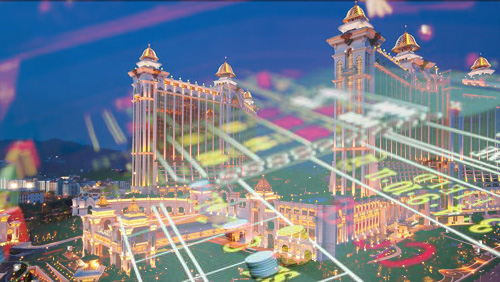 Galaxy Entertainment Group announced that eligible staff members who have joined the company on or before April 1, 2017 and have “satisfactory performance” will have a “performance-based salary adjustment ranging from 2.5 percent to 5.5 percent,” effective from April.

The company will also continue its share reward scheme for full-time workers at senior manager grade and below. Introduced in 2014, the scheme is equivalent to three months of an eligible worker’s salary as of August 2014 and will be vested on December 31, 2017.

Galaxy’s annual salary adjustment review, which usually happens in July, came a little earlier this year—a decision that the casino operator made “in recognition of its team members’ valuable contributions.”

Meanwhile, MGM China will also increase the salary of its non-management employees starting May 20.

“As we grow our footprint with the opening of MGM Cotai, we will have a team of over 11,000 employees with us at MGM, and we will continue to invest in nurturing local talents and guide them in building successful career paths as we always have,” MGM China CEO Grant Bowie said in a statement.

Aside from Galaxy Entertainment and MGM China, Sands China also announced a pay hike for its staff in 2017. In January, Sands China eligible full-time employees will receive a salary increase by an average of 2 percent to 6 percent starting March 1. Eligible full-time employees earning up to MOP12,000 (USD1,500) per month—representing about 5 percent of the company’s workforce—will receive a pay increase of MOP600 per month, the company said. Employees earning more than MOP12,000 per month will receive between 2 percent to 2.5 percent average increment.