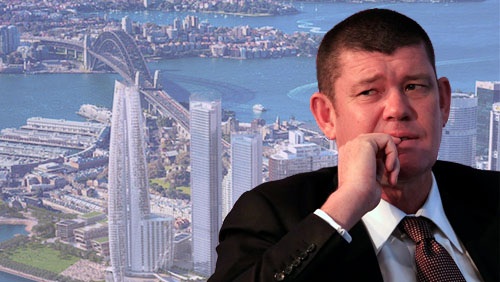 The spectre of the October 2016 arrest of 15 Crown resorts staffers in China continues to haunt Australian casino mogul James Packer.

Berejiklian affirmed the policy of then Premier Mike Baird, who permitted a VIP-only casino in the AUD2 billion (US$ 1.52 billion) Barangaroo apartment, hotel and entertainment complex to operate from November 2019.

Back then, Crown was confident of its so-called “restricted gaming facility” business model that relies on attracting wealthy high rollers, predominantly from China.

The confidence of Crown in its business model, however, imploded following the arrest of 15 Crown employees in China, including vice president of international VIP, Jason O’Connor. Of the 15 staff detained, only one person has been released.

For Berejiklian, it’s not their problem if Crown will not be able to lure the high rollers that the casino operator has envisaged.

But Chris Sidoti, who is the former chair of the Independent Liquor and Gaming Authority, raised an eyebrow on whether the parliamentary scrutiny of the license granted to Crown was genuine.

“I don’t think there was an appetite for thorough scrutiny, I think there was a wish simply to get the job done in terms of um having some basic level of examination and ah doing the deal.”

“I respect [the rights of] anyone with experience to express their views but there was a very thorough process,” she said. “I’m convinced that the process was robust, in the strictest of probity and I look forward to seeing the site further develop.”