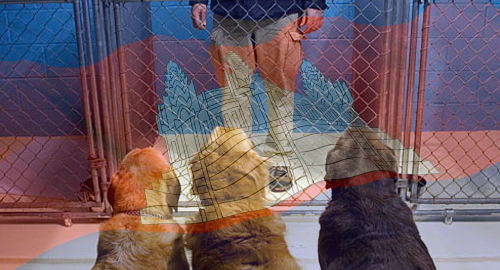 On Monday, Cambodia Daily reported that National Military Police had arrested Ding Chunyaun, the owner of an unidentified casino in Poipet City, along with three accomplices for the kidnapping of three Chinese gamblers who’d run up a $1.22m debt at the casino.

One of the gamblers, identified as 51-year-old Chinese businessman Zhun Xiao Liang, owed the casino $770k, while the two other gamblers owed $300k and $150k. When they proved unable to honor their debts, Chunyuan ordered his accomplices to kidnap the trio in January.

Police said Chunyuan and his “mafia group” illegally detained the three gamblers in an apartment near the casino. Liang’s wife was reportedly sent mobile phone messages, including pictures of her husband, along with demands that she send money to make good on Liang’s gambling debts. Police didn’t specify whether Liang’s wife complied with the kidnappers’ demands.

On February 28, the three gamblers attempted to escape, with the intention of reaching the Chinese embassy in Cambodia’s capital Phnom Penh, some 400km away. But only one of the men was able to escape. The remaining two gamblers were then confined inside dog cages in the apartment to prevent future escape attempts.

For as yet unspecified reasons, the kidnappers ultimately decided to turn over their two captives to the authorities the day after the third captive had escaped their custody. However, the Khmer Times reported that the men were only freed after police raided the apartment based on tips from the kidnapped men’s wives.

The four suspects were sent to Phnom Penh Municipal Court on Sunday to face charges of unlawful detention and extortion, each of which carries potential jail sentences of up to 10 years.

Stories like this are fairly commonplace in the casino-friendly economic zones that dot Cambodia’s borders with Vietnam and Thailand. A year ago, police arrested staff at a casino in Bavet involved in the death of a Vietnamese gambler who couldn’t pay his debt. In December, two staffers at a casino in Sihanoukville were arrested for a violent robbery attempt of two Chinese nationals.

Cambodia is in the process of revising its gambling laws, part of which will include designating new police bodies to combat money laundering and other crimes at the roughly 65 casinos currently operating in the country.