The Battle of Malta (BOM) is the business. 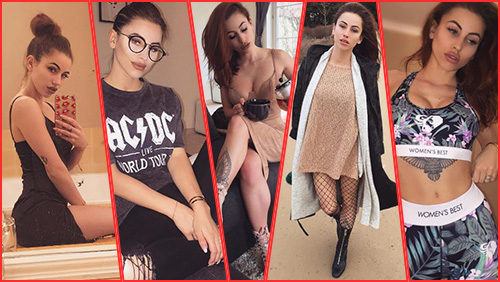 Not only is it Europe’s best low buy-in tournament (as recognised by the European Poker Awards), but it also has the very best sideline reporters in the business.

In 2012 & 2013, PokerListings and BOM hired none other than ESPN’s Kara Scott to take control of the event, and when Scott moved on, the magnificent Maria Ho took her place. Now, after three years of pristine performances, Ho steps down to let someone else have a shot.

Step up to the plate, Gaëlle Garcia Diaz.

It won’t be the first time this perfect mix of Spanish and Belgian blood has appeared in BOM. In 2014, the year that Ho took charge of the mic, Diaz competed in the event finishing a respectable 14th for a €1,035 cash. There were 593 entrants.

Diaz, who once worked on the European Poker Tour (EPT) for PokerStars, also appeared on the PokerStars Shark Cage and most recently turned up at the Unibet Open in Bucharest taking part in a Ladies Battle Royale.

“Presenting this poker tourney is presenting a tourney for the kind of player that I am,” Diaz told PokerListings, “not professional but just in love with the game.”

The Battle of Malta has increased in size and prestige in every passing year. Four years ago, the event attracted 349 entrants and a retired quack, Nicodemo Piccolo won the top prize of €68,000. Last year, the event drew 1,813 participants and dished out €160,000 to the Swede Robert Berglund.