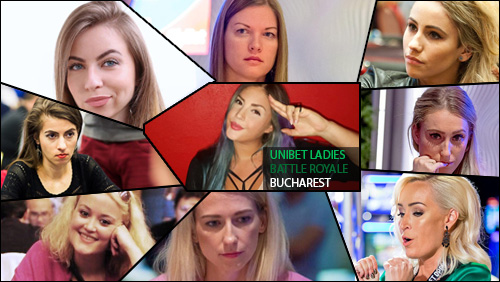 After the Stockholm-listed gambling operator, Unibet, announced plans to host a Ladies Battle Royale at Unibet Open Bucharest, Lee Davy, expresses his view on why the event is a great concept.

Before poker there was pool. Every Thursday night I would get hammered. I could hardly see the balls. Skit – the captain – kept a log of individual results. Next to my name, in big red letters, were the words:

LOST TO A GIRL

The defeat occurred when I played against the Top Club at home, so when we played away, the lads were winding me up, asking if I was going to be beaten by ‘the girl’ again.

When we arrived, she didn’t turn up.

My shame remained hidden for one more night.

I didn’t think to view the ‘big red letters’ as sexist. Neither did I question the ribbing. It was par for the course. Raised in a 3,000 strong Welsh Valley, I think we all thought we were superior to women when it came to sport.

We didn’t wire our operating systems, and we certainly weren’t handed an instruction manual. Rewiring that operating system has been arduous. There are still pieces of old programming that flicker on from time to time, but in the main, my new motherboard is working much better these days.

A few months ago, I was at the gym when I nearly fell off my treadmill. I couldn’t stop ogling the woman performing cat cow on the mat behind me. I wasn’t the only voyeur. All the men were secretly staring at her. She was the only woman; a Siren who needed no melody to send us all crashing into the rocks.

Later, in the steam room, the Siren walked in and took a seat. I asked if she felt uncomfortable working out in a gym full of the mannish of men. She hated it and was desperate for someone to open a woman only gym.

“You know we were all watching you.” I told her.

She nodded her head, pulled her knees up so her patella could cushion the sweatdrops and inched further away.

I’m not a woman, but I know how it feels to think you’re being eyeballed in a gym. All those complicated weights, mirrors and Macho Man Randy Savage looking men.

I feel like a liquorice stick surrounded by rock hard Kola Kubes.

I think female only gyms, or wimpy looking men only gyms, are a great idea.

The poker nation is divided when it comes to the concept of ladies tournaments. Some like it; some don’t and divide is not unique to gender.

If we want more women playing poker, and we should, then we need to adopt a business funnel type mentality.

Online poker is the perfect starting point. Your anonymity is secure. You can be a man masquerading as a woman and vice versa. There is a comfort in that.

Then the funnel should narrow with Ladies Only Live Events. Visiting a casino or card room for the first time is as intimidating as breaking through the membrane hanging over the gym door. By making the field entirely female you put everyone at ease. Over time the women will gain more confidence and live playing skills which will help them when they move to the apex of the funnel – the live tournaments containing hairy, smelly men.

And so I come to Unibet’s latest idea – The Unibet Ladies Battle Royale. The Stockholm-listed gambling operator has invited nine women to the Unibet Open in Bucharest, who will compete in a Sit n Go with €6,000 in prizes up for grabs.

The event takes place on the eve of the €500,000 Guaranteed €1,100 buy-in Unibet Open Main Event on Nov 30, and you can watch the action live on the Unibet Twitch channel with commentary from Marc Convey and David Vanderheyden.

It’s a twist on the funnel theme that allows women to gain confidence by watching nine of the best going at it live on Twitch. The line up is a combination of poker pros, pro gamers and a sprinkle of media stardust.

Here is the full line-up:

Here is the full schedule for the Unibet Open Bucharest:

The link for the live stream is right here.

We eventually had to remove the red ink from the pool logbook when the girl that beat me joined our team. She was bloody good, better than me, and it turned out the only reason she never faced me in the return leg was that the Top Club didn’t allow women into the bar.

WSOP Gold: The one-liner to Nguyen it all
Paul Seaton
41 mins Ago

Poker in Print: From Vietnam to Vegas (2017)
Paul Seaton
4 hours Ago