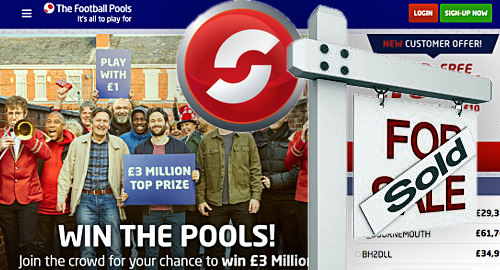 Stop us if you’ve heard this one before, but UK-listed gambling operator Sportech says it’s sold its Football Pools business.

On Thursday, Sportech filed its annual report, along with a notice announcing the £83m conditional sale of the Pools business to FP Acquisitions Ltd, a new entity controlled by European private equity firm OpCapita LLP.

The deal depends on Sportech securing its shareholders’ approval and OpCapita being able to acquire the necessary licenses from the UK Gambling Commission. Sportech claims OpCapita has long been eyeing a gaming-related acquisition and the Pools was apparently the ideal way to get its toe in the door.

For the record, Sportech has been down this road before, having scrapped three announced deals to offload the Pools in in the last 18 months to Contagious Gaming, NetPlay TV and Burlywood Capital. The last of these aborted deals would have seen Burlywood pay £97.25m for the Pools business.

The Racing & Digital division generated earnings of £9.4m in 2016, down £300k from 2015’s total following the demise of a lucrative contract in California. The Venues business was also down, with earnings down £500k to £2.7m despite increased online race betting handle. Ironically, the Pools business was Sportech’s only grower in 2016, posting a 5% earnings gain to £15m.

Sportech’s overall revenue was down 2% to £98.6m in 2016, but earnings improved 3% to £23.8m and pre-tax adjusted profit gained 17% to £13.8m. Actual profits more than tripled to £30.7m due in part to the resolution in December of the company’s seven-year fight with the UK taxman over unfairly collected value added taxes. Sportech finished the year with £36.5m in net cash, allowing it to announce a £20m buyback of its ordinary shares.