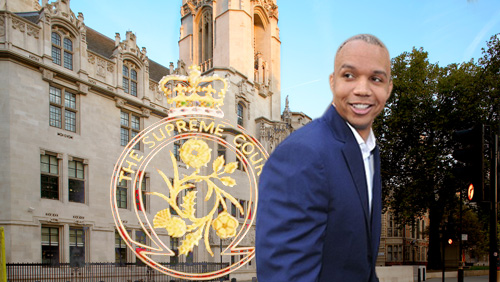 The UK Supreme Court Judges have agreed to take a fresh look at the Phil Ivey vs. Crockford’s Casino £7.8m punto banco case, giving the poker player new hope of getting his mitts on a much-needed cash injection to pay the Borgata.

I have just learned on the poker grapevine that Ivey’s legal team has breathed new life into his ailing case against Crockford’s Casino in the UK after losing his High Court appeal at the Court of Appeals in April 2016.

Long before The Borgata Casino & Resort picked a fight with Ivey, the Genting-owned property in Mayfair, London also had a dust-up with him. That was back in August 2012, when Ivey and an accomplice won £7.8m while playing a baccarat derivative known as punto banco.

Unlike Borgata, Crockford’s didn’t pay Ivey a penny. After considering a £7.8m win was a little on the outlandish side, the casino investigated and came to the conclusion that Ivey and his buddy had used ‘edge sorting’ tactics to take the edge from the casino and place it firmly in the legendary poker player’s side of the table. Ivey sued Crockford’s in May 2013 but lost the case and the subsequent appeal.

But all is not lost after the highest court in the land, the UK Supreme Court, agreed to take a gander at the decision made by the High Court and Ivey and his legal team are delighted.

“Last November’s Court of Appeal ruling made no sense to me,” Ivey explained in a press release issued by his legal team. “The original trial judge ruled that I was not dishonest and none of the three Appeal Court judges disagreed, and yet the decision went against me by a majority of 2 to 1.  I am so pleased that the Supreme Court has granted me permission to fight for what I genuinely believe is the right thing to do in my circumstances, and for the entire gaming industry. I look forward to the Supreme Court reversing the decision against me.”

Dowd believes the key to the case is an interpretation of Section 42 of the Gambling Act and thinks the Supreme Courts decision to take another look proves his point.

Ivey’s Borgata case, where he has been told to pay $10.13m in damages is currently winging its way to the U.S Third Circuit of Appeals.