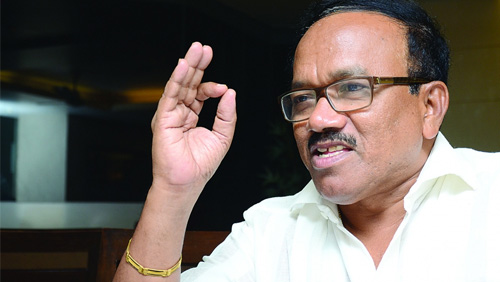 Laxmikant Parsekar has had enough of casinos.

The Goa chief minister said that he is leaving the decision to renew the license of the sixth floating casino in Indian state to the new government.

Golden Globe Hotels Private Ltd. (GGHPL) has been after the state government of Goa to renew the license of its casino vessel, M/S Hotel Leela Ventures. Goa initially issued a license to M/S Hotel Leela Ventures to operate on the Mandovi river in 2006. Hotel Leela’s operations were later transferred to GGHPL on the condition that GGHPL will pay for the renewal of the casino license from the year 2011 to 2016.

But in January, the company filed a petition before the Bombay high court claiming that the government of Goa failed to decide on whether to renew its license even though the company had been paying its annual recurring fees of $6.5 million for the past five years.

It the petition, GGHPL accused Goa authorities of not only not authorizing their change-of-use petition for their selected vessel, but also not giving the company mooring permissions. The court has given the state government four weeks to decide on licensing.

Parsekar, however, isn’t having any of it.

In an interview with the Times of India, the Goa chief minister said: “Let the new government, which would be formed after March 11, take a decision.”

The announcement was a turnaround for Parsekar, who, just several months ago, had been considering renewing the license of GGHPL as long as the company pays its fees—penalties and interest included.

Goa is one of the three states—Sikkim and Daman were the other two states—that allow live casinos to operate within its borders. The coastal state currently plays host to 11 land-based gaming venues and five floating casinos. However, members of the Indian Congress and Indian political parties have been threatening to ban casinos in Goa, whose operators they accused of cheating the state government of INR45,000 crore (USD6.62 billion) in tax revenues.