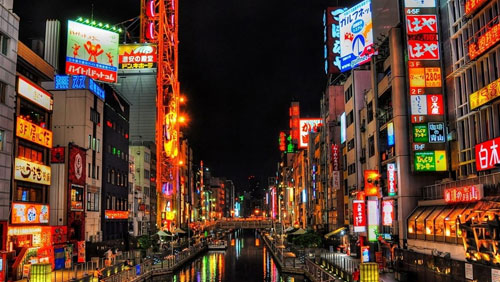 In a bid to move Japan’s casino policies forward, members of the opposition party have come up with a new legislation that will deal with problem gamblers in the country.

The Osaka-centric Nippon Ishin no Kai party is hoping that a cooperation with the ruling Liberal Democratic Party will boost the city’s chances of being picked for one of the casino resort licenses, the Japan Times reported.

“The Nippon Ishin bill sets out a variety of measures to deal with problem gamblers to ensure that the problem is dealt with in a comprehensive manner,” said Nippon Ishin policy chief Hitoshi Asada, according to the news outlet.

Nippon Ishin’s bill, submitted to the Upper House in early February, targets “problem gamblers and their families.” In it, the opposition party “identified the need for policies to deal with crime, suicide, poverty, debts and other problems that occur as a result of problem gambling,” noting the need for the creation of a basic program “that will be subject to revision at least once every five years.” The bill is also seeking a set of rules for casino advertising and admission charges.

But more than that, Nippon Ishin’s bill wants puts the obligation of dealing with problem gamblers on central and regional governments, casino operators, the people of Japan and health professionals, according to the report.

Prime Minister Shinzo Abe‘s LDP is already preparing new legislation detailing methods gambling operators can employ to reduce problem gambling behavior. Under LDP’s proposal, the new legislation will offer guidelines for municipal governments and gambling operators–including the country’s ubiquitous pachinko halls–such as allowing families to apply for bans on their relatives patronizing gambling venues, similar to programs available in Singapore. The measures could also include new restrictions on online horse betting, one of the few forms of wagering currently allowed in the country.

Nippon Ishin, which has its own timetable for an Osaka casino, is hoping their bill will help drive the Diet debate on casino rules forward so that the second integrated resorts bill will pass by the end of the year.

Osaka Gov. Ichiro Matsui, also a co-leader of Nippon Ishin, said the ideal scenario is that “at least part of an integrated resort would open in Osaka by 2023, and that would be in operation to welcome the World Expo in 2025.”