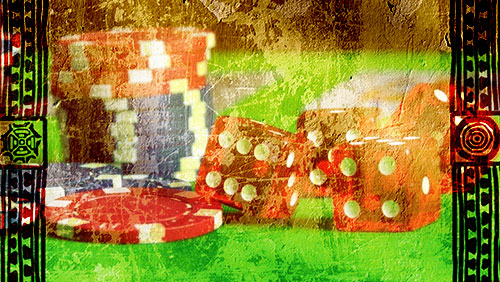 Thinking about passing a tribal gaming ban bill is giving Idaho lawmakers a headache these past few days.

This as Attorney General Lawrence Wasden warned that the measure may spark multiple legal headaches should the state approve House Bill 127, which seeks to ban lucrative video gaming at tribal casinos in Idaho.

conduct a legal review of the bill which is now in the House State Affairs Committee. Though Rubel isn’t a member of the committee, she still wanted her caucus to know the facts about the bill.

“I’m certainly concerned about the tribes, this seems like an effort to bring them to their knees,” Rubel said.

Under existing federal Indian gambling law, Idaho tribes can only operate their own bingo and lottery operations as long as the state has already authorized those forms of gambling.

Disagreements between the tribes and state paved the way for a 2002 ballot initiative amending Idaho law. Under the 2002 law, video lottery terminals could not be defined as illegal slot machines and are not a simulation of casino gambling as long as the machines do not have a lever or dispense coins.

This is about to change after Rep. Tom Loertscher introduces a bill that will strike off a key section of the 2002 law and will lead to the banning of the machines even if they do not have a lever or dispense coins.

But Assistant Chief Deputy Brian Kane pointed out that the bill’s current language would not modify the authorization of the tribe’s use of video gambling.

There’s also a big legal hole that could backfire against the lawmakers.

“In this regard, a court may well be troubled by the Legislature’s failure to exercise its power to repeal the proposition,” Kane says, “despite the fact that its constitutionality was challenged both immediately before and after the 2002 general election.”