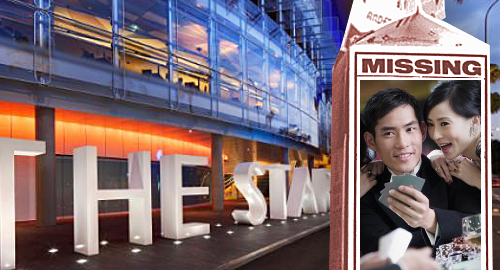 Figures released Thursday show The Star’s net profit after tax shooting up 135.2% to A$141.8m in the six months ending December 31. However, ‘normalized’ profits – so named because they smooth out variance in VIP win rate – totaled A$107.1m, which was 17.7% less than the same period a year earlier.

The Star, which operates the Sydney casino of the same name, says the statutory profit rise was due to a serious run of good luck at its International VIP Rebate business. The Star’s benchmark VIP win rate is 1.35%, while this H1’s number was 1.62%, which further distorts the year-on-year comparison when you consider that the previous reporting period’s win was unusually low at 0.88%.

Similarly, statutory VIP revenue was up 63.6% to A$339.4m, while normalized VIP revenue was down 11.2% to $283m. VIP turnover was down 11.9%, partly due to the fact that VIPs were losing so much, but also due to “uncertainty” following the October 2016 arrests of 18 Crown staffers by Chinese authorities.

As Australia’s other major casino player, The Star was expected to take a hit from China’s latest clampdown on casinos attempting to lure its citizens abroad to gamble. Accordingly, the company reported that international VIP turnover was down 27% in November and December, compared to a 4.2% year-on-year decline in July-October 2016.

The Star has traditionally drawn 80% of its VIP business from Hong Kong, Macau and mainland China but CEO Matt Bekier said the company was working hard at “diversifying our international revenues, including through South East Asian VIP and Asian Premium Mass.” Bekier said the company would “continue to assess the North Asian VIP business as the China situation develops.”

The Star’s domestic revenue was down 0.7% in H1 due to major refurbishments at its Sydney and Gold Coast properties. But the company says these upgrades are already paying dividends as domestic revenue is up 11.4% so far in 2017.

The company was less specific on how its VIP business is faring in 2017, claiming that year-on-year comparisons are difficult to make given the relative timing of the Lunar New Year holiday periods, but the company admitted that “the trends experienced at the end of H1 are continuing into the early part of H2.”