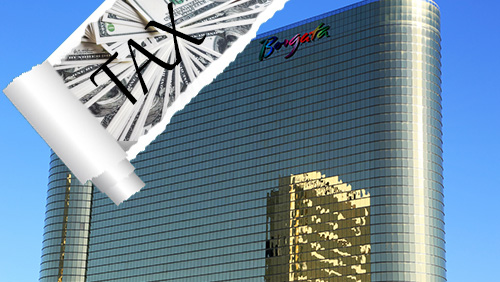 All is now well between Atlantic City and Borgata casino.

Atlantic City, New Jersey’s fiscally struggling casino hub, agreed to pay Borgata $72 million to finally put a closure to the long-running property tax dispute that has helped push the city over the edge of bankruptcy.

Former U.S. senator and New Jersey attorney general Jeff Chiesa announced on Wednesday that the Borgata agreed to take less than half of the $165 million that the city owed the casino from a series of successful tax appeals the gambling hall filed.

“The settlement took both sides working closely together to find common ground,” New Jersey’s state overseer said, according to the Associated Press.

MGM Resorts International, which operates Borgata, said it hopes to help Atlantic City as a whole by accepting less to settle the case.

“With this agreement we are assured the relative certainty of payment, and the avoidance of additional cost and time related to further litigation,” said John McManus, the company’s executive vice president. “MGM Resorts and Borgata believe this was the right deal for all parties concerned and is in the best interests of MGM’s shareholders.”

Borgata and Atlantic City locked horns for the longest time over the $165 million debt that covers the years 2009-15. The figure includes interest.

The dilemma on the part of Atlantic City is that its coffers had already been cleaned out by staggering debt payments and by fierce casino competition from nearby Maryland, Pennsylvania, and Delaware.

Then there’s the reality that Borgata is just one of the many large taxpayers to successfully challenge its tax assessments as the Atlantic City casino market continues to shrink.

The casinos — and individual home and business owners, as well — are often able to convince a tax court that their properties are worth less than the city says they are, and as a result, they win a reduction of their assessment.

Due to Atlantic City’s non-payment of the tax refund, the court allowed Borgata to stop making tax payments while both sides explored a settlement. The court reaffirmed the city’s obligation to pay $62.5 million in payments for tax years 2009 and 2010.