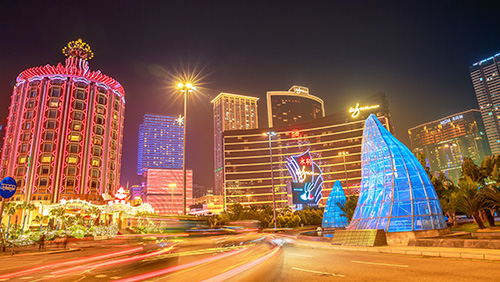 International credit-debt watcher Fitch Ratings is managing its expectation on Macau gaming industry, despite the signs of life that the former Portuguese enclave shows in the past few months.

Fitch analysts Alex Bumazhny, Colin Mansfield, and Vicky Melbourne predict in its recent report that Macau will see a turnaround in terms of its gross gaming revenues after experiencing a lackluster 2016.

They said that Macau’s growth will be fueled by the continued recovery of its VIP player and premium mass segments, the stabilization in China’s economic growth, and the opening of new casino resorts.

The $4.2 billion Wynn Palace on the Cotai Strip and the $3 billion Parisian Macau provided the needed boost for Macau’s GGR last year, ending more than 20 consecutive months of gambling slump. MGM Resorts plans to kick-off its $3.1 billion MGM Cotai casino in the second half of 2017.

“This growth coincided with the opening of The Parisian and Wynn Palace in the third quarter of 2016, as well as relatively solid China economic indicators,” the Fitch analysts pointed out. “We expect the returns on investment of the new resorts to improve as the market pivots toward the mass market segment and infrastructure projects come online.”

But whether Macau will see double-digit growth this year is another story, according to Fitch.

They believe that Macau’s vulnerability to China’s capital control may restrain its gaming revenue growth to a mid-to-high single digit. The analysts were referring to Beijing’s on-going crackdown on corruption and tightened rules on visa and capital outflows, among others.

The Monetary Authority of Macau introduced new limits for holders of China-issued ATM cards last year. Following the implementation of the new rules, China-issued ATM cards may only be able to withdraw MOP5,000 (US$ 625.66) per transaction while the daily ceiling for withdrawals remains unchanged at MOP10,000 (1251.31).

Macau’s mass market growth, according to Fitch, is also threatened by a “large one-off” depreciation of the yuan.

“Our optimism is restrained by China’s renewed efforts to control currency outflows … and the potential cooling of the recently hot real estate market in tier one cities,” they said.

Other risks include the “meaningful new supply” coming online over the next several years in Macau and surrounding jurisdictions, such as Philippines, Australia, and South Korea, and the potential for a full smoking ban in the city’s casinos.