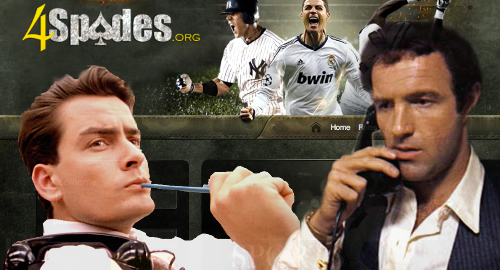 The pre-Christmas bust of a New York-based, Mafia-run illegal online sports betting ring reportedly has celebrities fearing their illegal gambling activity will be made public.

In mid-December, New York Attorney General Eric Schneiderman announced the arrest of 13 individuals for their involvement in an illegal credit betting operation linked to 4Spades.org, a Costa Rica-based password-protected betting site. The indictment alleged that the operation had ties to figures in the Genovese organized crime family.

On Monday, Radar Online reported that a number of high-profile celebrities were among the individuals whose voices were caught on wiretapped conversations with Vincent “Vinny” Taliercio, a long-time Brooklyn bookie accused of handling betting money collection and distribution for the 4Spades group.

Among the familiar names that Radar’s source claims may be among the ring’s clients include actors Tony Danza, Paul ‘Goodfellas’ Sorvino and James Caan. Radar’s source claimed Caan, who played Sonny Corleone in the original Godfather movie, was “a big gambler – he bets on anything. He’ll even bet on which elevator doors open first.”

Also reportedly making the grade is actor Charlie Sheen, whose gambling exploits were already the stuff of legend. Sheen gave an interview in 2012 in which he claimed to have given up sports betting, although he qualified that claim by saying he’d “still look at the lines.”

None of the celebrities named in the Radar report are sweating anything more than embarrassment, as US authorities generally don’t prosecute the customers of unauthorized betting rings. The same can’t be said for Taliercio, who pled not guilty in December and was released on $20k bail, and who will be back in court on Wednesday.