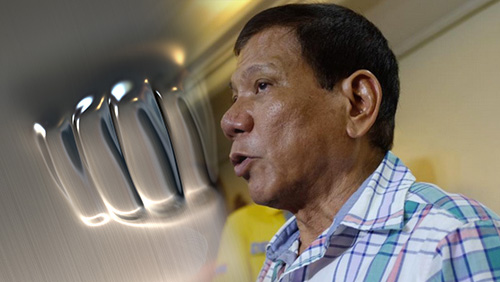 His warning comes after his war on illegal drugs takes a backseat amid the controversy over rogue cops’ involvement in the kidnap-slay of a South Korean businessman and a spate of unexplained murders of drug users.

The Philippine Star reported that Duterte is now focusing on the politicians’ involvement in the proliferation of illegal gambling in the country, with Presidential Communications Secretary Martin Andanar that the government will be relentless in stamping out the unlawful activity.

“The president has issued a number of stern warnings against people in government. If they are caught extorting money or practicing corruption, they will be the first ones to go,” Andanar told state-run radio station dzRB. “He won’t think twice about removing or filing cases against any government official involved in corruption especially those involved in illegal drugs, illegal gambling and the stealing of public funds.”

Philippine National Police chief General Ronald dela Rosa, for his part, hinted that there will be a “one-time-big-time” illegal gambling operations in the whole country following the issuance of Executive Order (EO) No. 13.

“The PNP is hereby declaring war against illegal gambling,” Dela Rosa said, according to the Inquirer. “The Philippine National Police will continue to hit hard on all forms of illegal gambling activities in line with Executive Order No. 13 issued by President Rodrigo R Duterte.”

The EO, which has been signed on February 2, is intended to beef up the government’s fight against illegal gambling while clarifying the extent of authority for the regulation and licensing of online gambling operations.

It directs the PNP, the National Bureau of Investigation and other law enforcement agencies to intensify the national campaign against illegal gambling in coordination with the Department of Justice, Department of Interior and Local Government and Department of Information and Communications Technology.