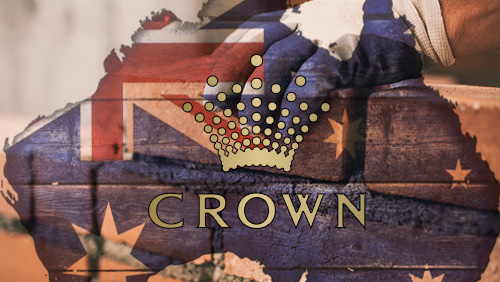 James Packer’s Crown Resorts has received the greenlight to proceed with the development of a 90-storey hotel and apartment tower adjacent to Crown Melbourne.

The Australian casino giant will develop the new hotel tower, called One Queensbridge, in partnership with the Schiavello Group. The project will cost about AUD1.75 billion (USD821.84 million), according to the Sydney Morning Herald.

Victorian planning minister Richard Wynne, who approved the project, said One Queensbridge “was project of state significance,” and exempted it from strict new central city planning controls. In addition, Crown Resorts and its partner have also committed to invest up to AUS100 million to improve tourism and public infrastructure in the areas adjacent to the project.

The project will have 388 hotel rooms and about 700 residential apartments, Crown Resorts said in a regulatory filing. No gaming operations will be conducted in the new building, the operator has stated in previous filings with the Australian Securities Exchange.

Securing the approval for the soon-to-be-built hotel tower is a major win for Packer, who rejoined the Crown Board in January 2017. Last December, Crown Resorts also secured the go-ahead to construct the 275-meter casino, hotel and apartment tower in Barangaroo—a project considered to be one of the biggest developments on the Sydney skyline in decades.

The road to the Barangaroo project has been one fraught with challenges. Initially, Crown got the government’s nod to run a VIP-only casino—minus poker machines—at Barangaroo starting November 2019, but in July 2015, the casino operator sought for another approval to build its 270-meter casino, hotel and apartment tower at Barangaroo South.

Then, several local community groups formed a coalition, the Millers Point Fund Incorporated, to mount a legal challenge to stop the Barangaroo project on its tracks. Their appeal, however, was dismissed after the judge found that the group had “not made out any of the grounds of challenge.”