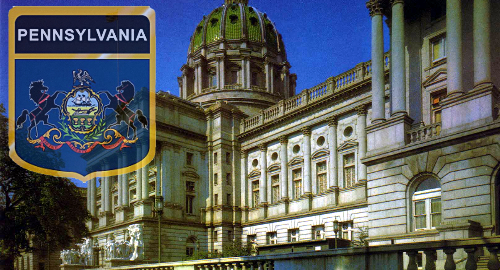 Pennsylvania’s online gambling hopes took on more tangible form on Wednesday via the filing of a new bill in the state’s House of Representatives.

HB 392, brought to life by Reps. George Dunbar, Rosita Youngblood and a few others, is a 209-page mammoth omnibus gaming bill addressing everything from online gambling to daily fantasy sports to mobile gambling at state airports and fixing the contentious slots tax for communities that host the state’s dozen brick-and-mortar casinos.

Our focus is on the bill’s digital components, and fortunately, they’re largely in line with the House’s 2016 gambling bill, including taxing online gambling revenue at 14%, plus an additional 2% that will go toward the casinos’ host communities.

HB 392 allows for the possibility of persons located outside the state wagering with a Pennsylvania-licensed online gambling site, assuming the activity is legal where the person is located and Pennsylvania has reached some reciprocal agreement with the other state or jurisdiction.

Daily fantasy sports licensees would be required to pay 12% tax on DFS revenue. Five-year licenses would cost $50k upfront if an operator is (a) deep-pocketed, or (b) already a state gaming licensee. Smaller DFS operators would be charged 7.5% of the previous year’s annual revenue. Renewals would cost $5k or 7.5% of revenue, whichever is less.

HB 392 also would authorize the use of skill-based slots, ‘hybrid’ slots and wide-area-progressive slots (WAP). It would also allow linking Pennsylvania’s WAP with machines located in other states, assuming the respective state governments can reach a multistate agreement.

Gov. Tom Wolf’s budget speech on Tuesday contained $250m in expected revenue from gambling expansion, but Wolf offered no specifics on how he expects to realize that (frankly) unrealizable number. Pennsylvania’s gaming stakeholders have rarely seen eye to eye on who gets to do what and where, and online gambling has a significant opponent in Sheldon Adelson, whose Las Vegas Sands operates a brick-and-mortar casino in the state. But if Wolf is going to get his $250m, online gambling would have to be part of the mix.