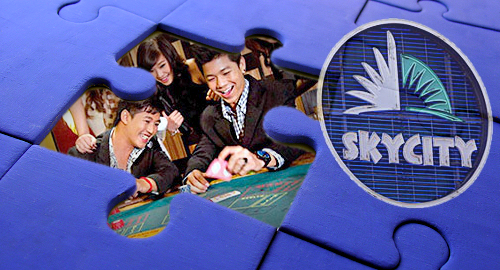 This half’s headline number was the “significant reduction” in SkyCity’s International Business (IB) segment, which is what the rest of the casino world calls Asian (primarily Chinese) VIP gamblers. SkyCity warned last October that China’s renewed crackdown on overseas casino operators luring its high-rollers would have an adverse effect on the company’s performance, and they weren’t lying.

Group IB turnover and revenue each fell 38.7% in H1 as the number of VIPs traveling to SkyCity properties tumbled and those that did come spent less while IB bad debt provisions increased. Despite a higher than average win rate, IB earnings margins fell from 23.6% to just 12% due to fixed costs, which SkyCity is now reviewing to help right the ship.

On a geographic basis, SkyCity’s four New Zealand properties outperformed its two Australian venues. Excluding the IB business, NZ revenue and earnings were up 3.7% and 5.5%, respectively, while Australian revenue and earnings fell 2.8% and 9.5%. SkyCity Auckland, which returned to growth in H1, was responsible for about 80% of group earnings.

SkyCity Auckland enjoyed strong growth in gaming machine activity and a merely “satisfactory” performance at its gaming tables. SkyCity Hamilton also had strong gaming machine growth and underperforming tables while the Queenstown/Wharf Casino was down across the board.

In April, SkyCity will welcome former Sun International chief exec Graeme Stephens as its new CEO. Stephens will inherit a company that expects its IB numbers will continue to trend downward in H2, although IB activity during Chinese New Year had been “favorable.”

The New Zealand properties are expected to continue to deliver modest growth while “difficult trading conditions and competitive pressures” are expected to persist at SkyCity Darwin in Australia.