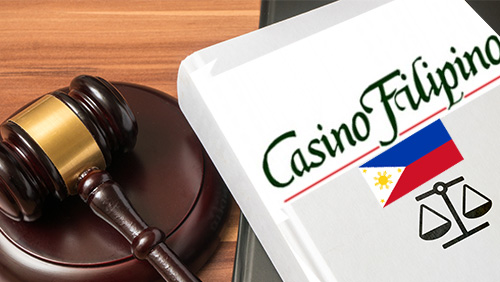 Lawmakers in the Philippines are a step closer to including casinos in the covering of the Anti-Money Laundering Act (AMLA).

This week, Rep. Ben Evardone, chairman of the committee on banks and financial intermediaries, confirmed that his panel has “agreed in principle to endorse the inclusion of casinos in the law,” the Philippine Star reported.

The lawmakers have formed a small group, who are given the task of consolidating three related bills—including one which proposes to set the threshold amount at PHP500,000 (USD10,000), while another proposes to fix the amount at PHP5 million (USD100,118).

“The only issue that remains to be resolved has to do with the threshold amount that would trigger the filing of a suspicion transaction report with the Anti-Money Laundering Council (AMLC),” Evardone was quoted by the news outlet saying.

If you’re just joining us, February saw hackers steal $101 million from Bangladeshi bank accounts in New York, of which $81 million was transferred to a branch of Rizal Commercial Banking Corporation in Manila. From there, the money was reportedly withdrawn through remittance firm Philrem Services Inc before it was funneled through the local casino industry by two Chinese junket operators.

Philippine casinos are required by state-run casino regulator Philippine Amusement and Gaming Corporation (PAGCOR) to check passports and other forms of identification from players. But lawmakers pointed out that the Bangladeshi case “exposed the vulnerability of these gaming establishments to illegal activities.”

“There is a need to amend the law to protect our casinos from money laundering by crime syndicates,” Rep. Josephine Sato, author of one of proposed bills, said.

Currently, the Anti-Money Laundering Council (AMLC) is still in the process of recovering the missing Bangladeshi funds. The dirty money watchdog announced in December that is preparing to file civil forfeiture cases against Philrem as well as assets owned by the junket players at the casino which ended up with the money.

So far, an estimated $15 million, which was turned over by junket operator Kam Sin Wong to the AMLC, has already been returned to Bangladesh.