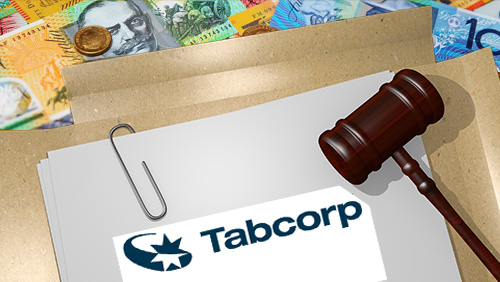 The magistrate has spoken—Australian betting operator Tabcorp needs to cough up close to AUD120,000 for publishing illegal advertising in New South Wales.

In December, Sydney’s Downing Centre Local Court found the gambling operator guilty of three counts of illegally luring punters to open accounts. The promotion in question was published in a newspaper and online in August 2015 and offered bonus bets as well as other rewards as inducements.

Fast forward to Tuesday, when Tabcorp—which has denied the charges—was sentenced to pay a total fine of AUD16,500 (USD12,596) and also ordered to pay legal cost amounting to AUD100,000 (USD76,340), according to The Australian.

Magistrate Susan McIntyre, who imposed the maximum penalty of $5500 for each of the charges, said it was “crystal clear” that each of the ads was in breach of regulations aimed at protecting problem gamblers and would-be problem gamblers from engaging in further gambling activity.

Under the Betting and Racing Regulations 2012, government prohibits bookmakers to publish ads tempting residents in New South Wales with enticements to gamble or open betting accounts.

This is the second run-in Tabcorp has with authorities over its promotions. In November, Australia’s Advertising Standards Bureau (ASB) ruled that a Tabcorp TV spot that aired in October had contravened Section 2.8 of the AANA Wagering Advertising and Marketing Communications Code that prohibits gambling marketing pitches from portraying, condoning or encouraging “excessive participation in wagering activities.”

Tuesday’s sentencing comes as another blow to Tabcorp, which recently reported a 28.1 percent drop in its fiscal half-year profit to $58.9 million. The betting operator chalked up the drop in part to start-up costs of its UK-facing online betting venture, Sun Bets. The site, which went live last August, has signed up 85,000 customers who generated turnover of $96.8 million. But Sun Bets’ revenue totaled just $1.5 million, reflecting “mid-single digit” margins that were offset by major bonus and promo offers. Tabcorp expects Sun Bets will lose an additional $15 million in H2 2017.