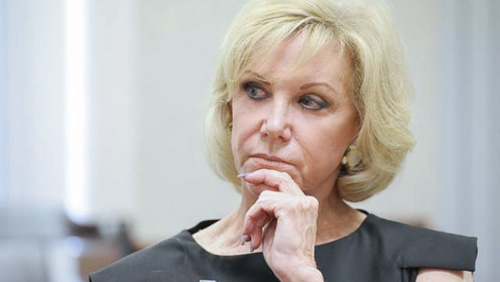 Steve Wynn’s ex-wife Elaine has suffered a legal setback in her fight to regain control over her 9.4 percent stake in Wynn Resorts.

Last Jan. 23, Nevada District Judge Elizabeth Gonzalez ordered Elaine Wynn’s team of Quinn Emanuel lawyers from “participating in the case other than to contest their disqualification,” according to a Bloomberg report. The law firm is also banned from using “any confidential information from Wynn Resorts in ‘any way, shape, or form.’”

The former Mrs. Wynn brought in a new team of lawyers from the Los Angeles-based firm to provide more legal power in the three-way brawl involving her, Steve Wynn and Japanese billionaire Kazuo Okada.

If you recall, Elaine Wynn filed an amended lawsuit in early 2016 with a goal to reestablish her control over the $900 million worth of stake in Wynn Resorts, which she hasn’t had since divorcing Steve for the second time in 2010. Elaine was ousted from Wynn’s board of directors in 2015 after Steve accused her of breaching their 2010 agreement by transferring $10 million of her Wynn shares to a charitable foundation under her control without first gaining ex-husband’s permission. Elaine, however, claimed her ouster breached that same 2010 agreement, making it null and void.

Elaine’s Quinn Emanuel team also claimed that she had been forced out from the board after she challenged her ex-husband’s management style. Wynn Resorts, meanwhile, alleged the legal team failed to disclose to the judge and the company’s lawyers that they possessed proprietary information about the casino operator that Elaine Wynn had downloaded on her computer.

“I’ve had multiple stories every time I’ve dealt with this information,” Gonzalez said at the hearing, according to the news outlet. “The fact that the story changes whenever some new information come up gives me a high level of concern, which is why I am trying to preclude Quinn Emanuel from affirmatively reaching out to anyone.”